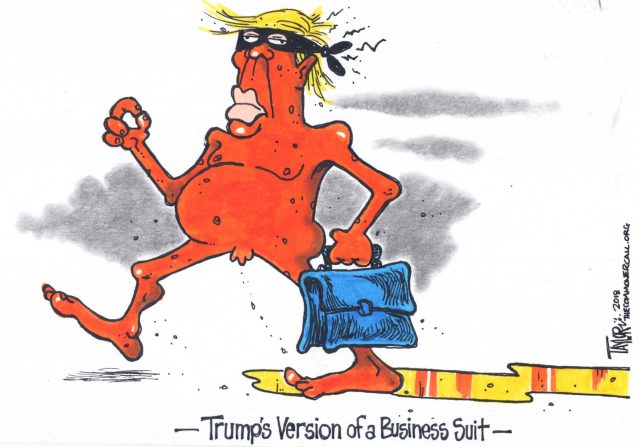 We look at a major exposé from The New York Times, which obtained tax information on Donald Trump that shows his businesses lost $1.17 billion from 1985 to 1994. While Trump continues to refuse to release his tax returns, printouts from his official IRS tax transcripts for a 10 year period ending in 1994 show that in multiple years during that stretch, Trump appears to have lost more money than nearly any other individual taxpayer in the country and paid no federal income taxes for eight of the 10 years.

“Almost every two cents of every dollar reported as losses one year, by everyone in the United States, were recorded by Donald Trump,” notes our guest, Pulitzer Prize-winning journalist David Cay Johnston, an investigative reporter previously with the Times, now founder and editor of DC Report.org.. He has been reporting on Donald Trump since the 1980s and his new piece for the Daily Beast is headlined “Trump’s Tax Leak Hints at Potential Fraud Investigations.”