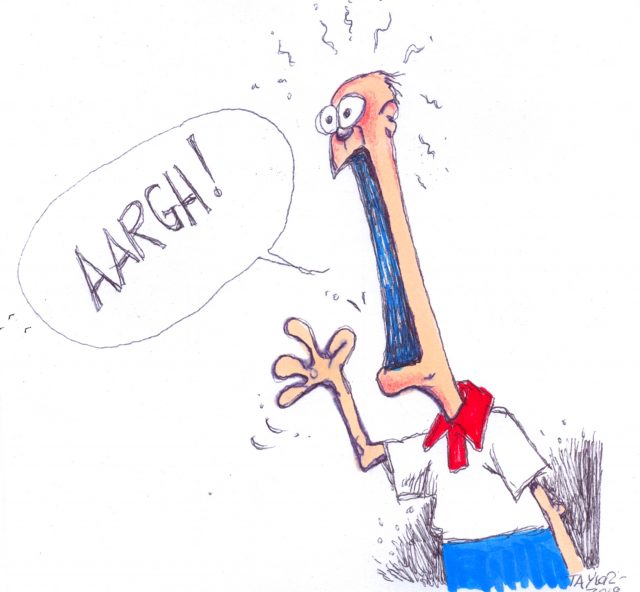 Expertise is not the currency of television infotainment.

I cannot bring myself to hate Meghan McCain. What would be the point? She is the natural endpoint of a giddily vacuous celebrity culture, a sort-of famous person who plays a sort-of famous person on TV. She frequently says stupid and hateful things, but they always seem uncalculated, and she is endlessly surprised to find that people disagree with her. (One suspects that the household staff never did, and now that she’s wandered off the compound and into public life, she can’t quite seem to grasp that not everyone is a family retainer.) Like most privileged mediocrities, her sense of moral conviction is perfectly befuddled.

She has been known to pound the table and yell, “I’m John McCain’s daughter,” as though she were there for any other reason.

McCain is one of the hosts of the beloved kitchen background noise generator, “The View,” where she has been known to pound the table and yell, “I’m John McCain’s daughter,” as though she were there for any other reason. John McCain, you may recall, was a famously corrupt senator who reinvented himself as a “maverick” by very occasionally bucking his party’s line and by very frequently flattering reporters. Upon his death last year, he was hailed as a moral hero for having personally disliked Donald Trump. Meghan McCain also personally dislikes Trump and often compares him unfavorably to “my father, John McCain.”

As is the case with all two dozen or so remaining “Never Trump” conservatives, Meghan’s natural audience is the national media. There is no other actual constituency for these beliefs. Anyone who rejects what Trump stands for must reject American conservativism as a whole, because he is its apotheosis: crude, atavistic, vengeful, unlettered, greedy, racist and mean. The “Never Trump” tendency just rejects the crudity, in principle ostensibly, but in reality simply for the practical reason that his transparency about the conservative political project constitutes a dangerous form of honesty.

Meghan McCain ostentatiously rejects the very prospect that “John McCain’s daughter” could be racist, although she is married to a man, Ben Domenech, whose also-ran conservative content farm literally aggregated stories into a “black crime” vertical. …

(Commoner Call cartoon by Mark L. Taylor, 2019. Open source and free for non-derivative use with link to www,thecommonercall.org )