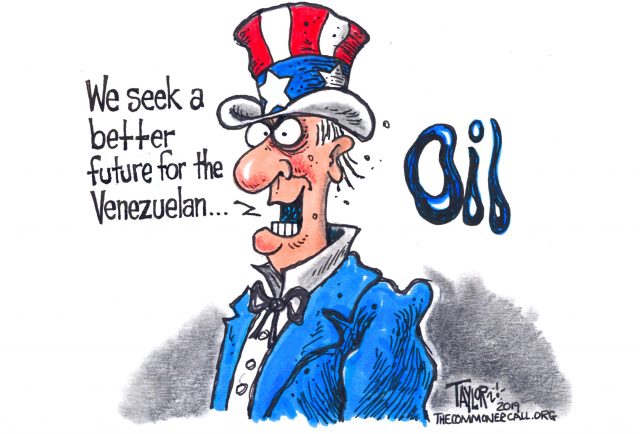 For Prince, the unlikely gambit represents the latest effort in a long campaign to privatize warfare.

WASHINGTON (Reuters) – Erik Prince – the founder of the controversial private security firm Blackwater and a prominent supporter of U.S. President Donald Trump – has been pushing a plan to deploy a private army to help topple Venezuela’s socialist president, Nicolas Maduro, four sources with knowledge of the effort told Reuters.

Over the last several months, the sources said, Prince has sought investment and political support for such an operation from influential Trump supporters and wealthy Venezuelan exiles. In private meetings in the United States and Europe, Prince sketched out a plan to field up to 5,000 soldiers-for-hire on behalf of Venezuelan opposition leader Juan Guaido, according to two sources with direct knowledge of Prince’s pitch.

One source said Prince has conducted meetings about the issue as recently as mid-April.

White House National Security Council spokesman Garrett Marquis declined to comment when asked whether Prince had proposed his plan to the government and whether it would be considered. A person familiar with the administration’s thinking said the White House would not support such a plan.

Venezuela opposition officials have not discussed security operations with Prince, said Guaido spokesman Edward Rodriguez, who did not answer additional questions from Reuters. The Maduro government did not respond to a request for comment.

Some U.S. and Venezuelan security experts, told of the plan by Reuters, called it politically far-fetched and potentially dangerous because it could set off a civil war. A Venezuelan exile close to the opposition agreed but said private contractors might prove useful, in the event Maduro’s government collapses, by providing security for a new administration in the aftermath. …