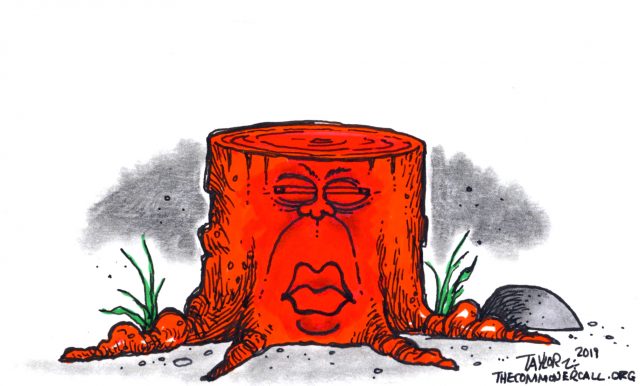 From three noble branches to one rotten little stump.

Let’s be clear: this is a dictatorial move.

“We’re fighting all the subpoenas,” says the person who is supposed to be chief executive of the United States government.

In other words, there is to be no congressional oversight of this administration: no questioning officials who played a role in putting a citizenship question on the 2020 census. No questioning a former White House counsel about the Mueller report.

No presidential tax returns to the ways and means committee, even though a 1920s law specifically authorizes the committee to get them.

Such a blanket edict fits a dictator of a banana republic, not the president of a constitutional republic founded on separation of powers.

If Congress cannot get information about the executive branch, there is no longer any separation of powers, as sanctified in the US constitution.

There is only one power – the power of the president to rule as he wishes.

Which is what Donald Trump has sought all along.

Fox News senior judicial analyst Andrew Napolitano has argued that Donald Trump did obstruct justice, with “unlawful, defenseless and condemnable” behavior related to the investigation of Russian interference in the 2016 election.

In the opinion column Did President Trump obstruct justice?, the host of the Liberty File on Fox Nation argued that the Mueller report illustrates clear and intentional obstruction of justice, constituting legal grounds for impeachment. …