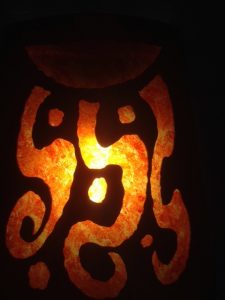 “Too late, too late you see the path of wisdom.”

The spectacular rise of human civilization—its agrarian societies, cities, states, empires and industrial and technological advances ranging from irrigation and the use of metals to nuclear fusion—took place during the last 10,000 years, after the last ice age. Much of North America was buried, before the ice retreated, under sheets eight times the height of the Empire State Building. This tiny span of time on a planet that is 4.5 billion years old is known as the Holocene Age. It now appears to be coming to an end with the refusal of our species to significantly curb the carbon emissions and pollutants that might cause human extinction. The human-induced change to the ecosystem, at least for many thousands of years, will probably make the biosphere inhospitable to most forms of life.

“We will either evolve those group behaviors quickly or the earth will take what we’ve given it, in terms of new climate states, and move on and create new species.”

The planet is transitioning under our onslaught to a new era called the Anthropocene. This era is the product of violent conquest, warfare, slavery, genocide and the Industrial Revolution, which began about 200 years ago and saw humans start to burn a hundred million years of sunlight stored in the form of coal and petroleum. The numbers of humans climbed to over 7 billion. Air, water, ice and rock, which are interdependent, changed. Temperatures climbed. The Anthropocene, for humans and most other species, will most likely conclude with extinction or a massive die-off, as well as climate conditions that will preclude most known life forms. We engineered our march toward collective suicide although global warming was first identified in 1896 by the Swedish scientist Svante Arrhenius.

The failure to act to ameliorate global warming exposes the myth of human progress and the illusion that we are rational creatures. We ignore the wisdom of the past and the stark scientific facts before us. We are entranced by electronic hallucinations and burlesque acts, including those emanating from the centers of power, and this ensures our doom. Speak this unpleasant truth and you are condemned by much of society. The mania for hope and magical thinking is as seductive in the Industrial Age as it was in pre-modern societies.

Ate and Nemesis were minor deities who were evoked in ancient Greek drama. Those infected with hubris, the Greeks warned, lost touch with the sacred, believed they could defy fate, or fortuna, and abandoned humility and virtue. They thought of themselves as gods. Their hubris blinded them to human limits and led them to carry out acts of suicidal folly …