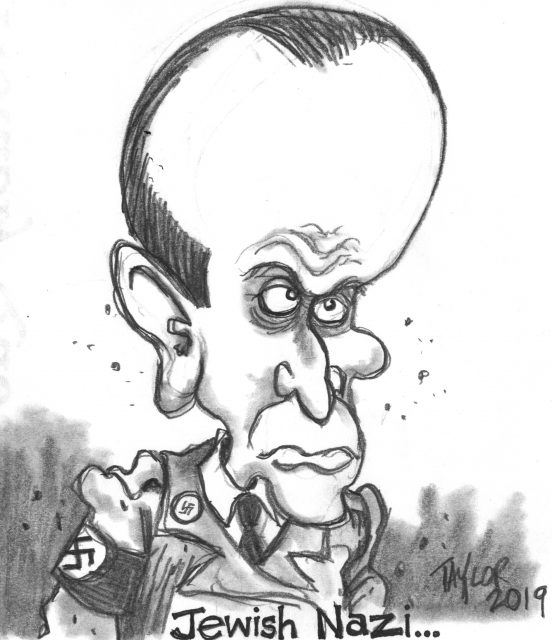 [Editor’s Note: In the German death camps they referred to Jewish collaborators as ‘kapos’. Stephen Miller is made of the same rotted material. — Mark L. Taylor]

As his administration intensifies anti-immigrant policies at the border, President Trump has reportedly put adviser Stephen Miller in charge of the administration’s immigration policy. The Wall Street Journal reports Miller has backed the reinstatement of Trump’s family separation policy and has been pushing officials at the Homeland Security and Justice Departments to “get in line” with a more hard-line immigration approach. This news comes as Trump told the Republican Jewish Coalition leadership Saturday, “Our country’s full. What can you do? We can’t handle any more. Our country is full.”

We speak with Stephen Miller’s uncle, Dr. David Glosser, who says Trump’s comments echo the rhetoric of Nazi Germany. Glosser is a retired neuropsychologist and former faculty member at Boston University School of Medicine and Jefferson Medical College. Last year, he wrote a piece for Politico magazine headlined “Stephen Miller Is an Immigration Hypocrite. I Know Because I’m His Uncle.”

(Commoner Call cartoon by Marl L. Taylor, 2019. Open source and free for non-derivative use with link to www.the commonercall.org )