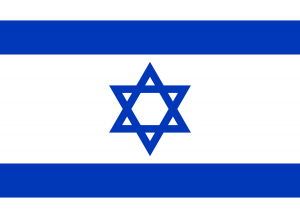 A PROMINENT POLITICAL communications shop that works on Democratic campaigns, employs Barack Obama and Hillary Clinton campaign alums, and boasts of its role in the fight for gun control and LGBT equality is representing an Israeli firm notorious for selling powerful surveillance technology to authoritarian governments around the world.

NSO Group, which is facing multiple lawsuits charging that its technology was used to spy on journalists and dissidents, hired SKDKnickerbocker to help with media inquiries as the spy firm tries to turn around its marred image.

The hiring, which was first reported by FastCompany, is the latest example of how SKDKnickerbocker is anything but progressive, despite the way it markets itself.

“Instead of focusing on their PR, it’s time NSO Group, its owners, and its entire industry address the real harms which are being caused around the world.”

The agency, owned by a private equity firm run by former Clinton pollster Mark Penn, has done work for the LGBT group Human Rights Campaign and the National Latina Institute for Reproductive Health, but it has also taken on clients like Amazon and Starbucks. Still, SKDKnickberbocker’s decision to work for NSO Group despite its close ties to repressive governments in Mexico and the Middle East is particularly striking.

“SKDKnickerbocker represents a number of cause-oriented clients and the work to prevent and investigate terrorism in order to save lives is a cause that is especially important,” SKDKnickerbocker said in a statement to The Intercept. “What sets NSO apart from many other cyber technology firms is its commitment to an ethical business framework that relies on the expertise of people with national security and intelligence backgrounds from around the world to evaluate potential customers and review current customers. In our post-9/11 world, keeping up with technologically sophisticated terrorists is a critical mission.”

Threat to journalists and activists

The communications and consulting firm is now a central part of the NSO Group’s public relations offensive, launched after a spate of reports revealed how NSO’s infamous Pegasus spyware has invaded the phones of journalists and activists, turning their iPhones and Androids into walking spy devices. In addition to retaining the services of SKDKnickerbocker, NSO Group, a company worth $830 million, has created a website, bought Google Ads, and opened its doors to a television news crew.