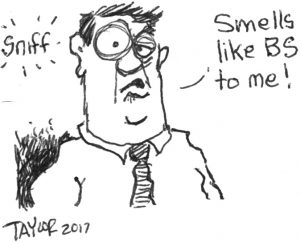 We paid for it. They price gouge & profit from it.

How do we eradicate HIV/AIDS? One route is a vaccine, but so far that has proved a very difficult research problem. There is an ongoing clinical trial of one promising treatment in South Africa, but unlike the smallpox or polio vaccines, it appears to provide only moderate protection. Another is “pre-exposure prophylaxis,” or PrEP — drugs which prevent HIV infection if taken every day. One such treatment called emtricitabine/tenofovir (better known by its brand name Truvada) works very well for this, cutting the risk of infection by up to 93 percent.

The government could demand drastic price cuts, or license its patent to a generics manufacturer. Indeed, it could just manufacture the drug itself and sell it at cost.

But there is a problem. As The Washington Post reports, in the United States, Truvada is monopolized by the pharmaceutical giant Gilead, which charges between $1,600 and $2,000 a month for the treatment (the wholesale price is $1,414). Bizarrely, the studies proving Truvada works for PrEP were conducted and paid for almost entirely by the federal government (the Gates Foundation also helped). The Centers for Disease Control even holds a patent on this specific treatment.

Yet the government is doing nothing to prevent this outrageous price-gouging, which places a near-insurmountable barrier to getting the drug out to all who need it. It’s an object lesson in the dangers of allowing private companies to profiteer off government research.

First, some background. Truvada was originally developed to treat people who already had HIV, as part of the usual suite of anti-retroviral medications to slow down the virus’ progress. Two government-funded scientists proved it could be used to prevent transmission — first Thomas Franks at the CDC, who demonstrated it worked with monkeys, then Robert Grant, who showed the same for humans with a grant from the National Institutes of Health. That work was completed around 2004.

Gilead immediately set about marketing and selling Truvada for PrEP, which brought in $3 billion last year and $36.2 billion since 2004. Yet because of the eye-watering price (and broader dysfunction in the American health-care system), only about 20 percent of the people who need the drug are getting it, and many who do have to navigate hellish bureaucracy to get access. The extreme cost also sucks money away from other priorities, particularly for cash-strapped state Medicaid programs.

Meanwhile, the government isn’t even collecting any royalties on this cash cow it paid to develop. Why is that? …

(Commoner Call cartoon by Mark L. Taylor, 2017. pen source and free for non-derivative use with link to www.thecommonercall.org )