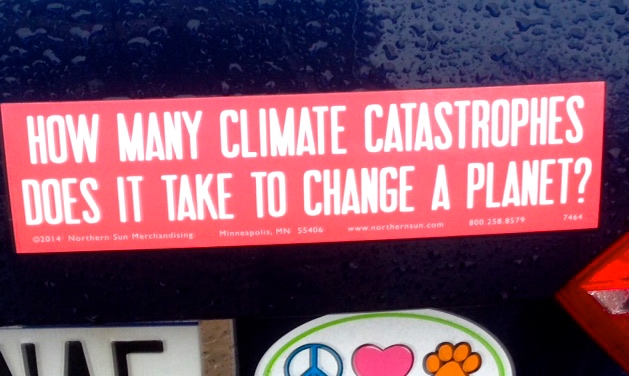 The U.S. Midwest is located in a convergence zone where prevailing winds blowing from the east and west meet.

Flooding in the Midwest, triggered by an intense “bomb cyclone,” has devastated parts of the region, which has been plagued by flood events in recent decades.

Floods are triggered by extreme rainfall events, often combined with ground conditions, such as saturated or frozen ground, that make it harder for water to percolate down into soil, which increases runoff.

Global warming has the potential to intensify the Earth’s water cycle, which will alter the quantity, frequency, intensity and duration of rain and snowfall. As my research and work by others has shown, all of these changes raise the risk of floods for Midwest states.

There is strong consensus among scientists that climate change will make many parts of the world wetter. This happens because higher temperatures increase the rate at which moisture evaporates from Earth’s surface, and warmer air holds more moisture than cool air. For every 1 degree Celsius of warming, the moisture-holding capacity of the atmosphere increases by about 7 percent, based on well-established laws of physics.

As the air becomes moister, we can expect more precipitation – but the increase is not uniform. Assuming that wind patterns don’t change significantly, more moisture will be transported into some regions under the influence of storm tracks. This means that storm-affected areas are likely to experience larger-than-average increases in precipitation and flood risks, while areas located away from storm tracks are likely to have less precipitation and greater risk of drought.

The U.S. Midwest is located in a convergence zone where prevailing winds blowing from the east and west meet. The polar jet stream blows from west to east along the boundary between warm and cold air and regularly brings in storms, particularly in cold seasons.

I have also used high-resolution regional climate models to simulate future climate change in the Midwest for the period 2040-2070 compared to 1970-2000. In this study I found that mean precipitation across the region is likely to increase by 8 percent by mid-century, and winter precipitation is likely to increase by as much as 12 percent. The northern part of the region could see an even larger increase, likely due to greater evaporation from the Great Lakes resulting from higher temperatures and less ice cover in winter as the region warms.

(Articles from The Conversation can be republish for free, online or in print, under Creative Commons license.)