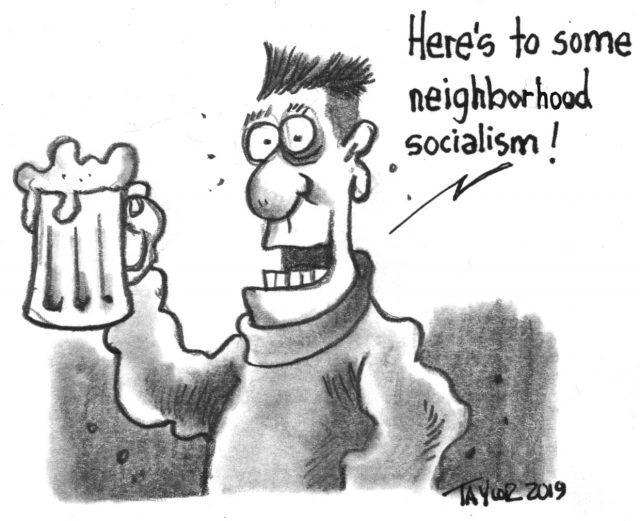 All the pubs local community groups have purchased in the past seven years are still in operation.

The Packhorse pub sits in the tiny village of South Stoke in the west of England amid rolling hills dotted with sheep. For more than a century and a half, it played a crucial role in the village and marked milestones in the lives of local families.

Gerard Coles, who was born half a mile from the pub and now brews cider nearby, started coming to the Packhorse when he was 15 and underage, sometimes with his school teacher for lunch.

“The chap who came to put in our new gas main said he was conceived in the back garden,” recalled Trevor John, a retired accountant, who has lived here for almost 30 years.

But in 2012, Punch Taverns, a corporation that owns about 1,300 pubs across the United Kingdom, sold the Packhorse so it could be converted to housing and office space.

A place for people to gather

It’s a familiar story. Pubs close all the time in the United Kingdom, victims of changing lifestyles and the rising value of real estate. In fact, locals say the Packhorse would be worth twice as much as housing and office space as it was operating as a pub.

But villagers feared without the Packhorse, there would be no place in town for people to gather. So in 2012, John, Coles and others in the village created a grass-roots campaign called “Save the Packhorse.” They set out to preserve the pub and eventually raised funds to buy it. …

Read the Rest and 4+-Minute Audio