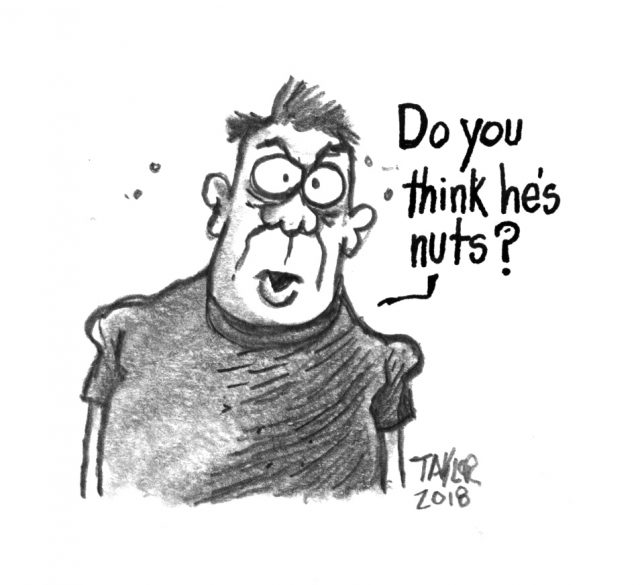 What Michael Cohen said about Donald Trump not voluntarily leaving the presidency is bone-chilling. It is also not surprising to me.

Last weekend, Donald Trump delivered a big speech at the annual CPAC political carnival. It was the longest and perhaps the most memorable of his entire political career. It was also a delusional, nightmarish monologue, full of lies and violent images, manifestly the work of someone who lives in his own reality.

Trump’s audience at CPAC, and around the country, was enthralled. This is one of the most prominent attributes of a political cult: Its members worship their leader and are bound together with him in a state of collective pathology and mass psychosis. The cult leader also promises safety and salvation. Donald Trump did this as well last Saturday when, near the conclusion of his speech, he said, “I’ll protect you.”

Threat to democracy and public safety

Several days before Trump’s CPAC speech, Donald Trump’s personal fixer and former attorney of many years, Michael Cohen, testified before the House Oversight Committee. During his testimony, Cohen explained that Donald Trump acts like a Mafia boss, using threats, violence and intimidation to get his way and control his underlings. Cohen also provided evidence of Trump’s likely criminal behavior in the form of a personal check used by Donald Trump to pay hush money to adult film star Stormy Daniels. In total, Cohen offered a personal account of Donald Trump as a man who is an impulsive pathological liar, a con artist and a threat to American democracy and public safety.

Should Cohen’s testimony be believed? Is Donald Trump a sociopath? How is he “gaslighting” America? What will Trump do if he is forced to leave the presidency? Why does he so overtly admire dictators and authoritarians like Kim Jong-un and Vladimir Putin? Should Michael Cohen fear for his safety?

In an effort to answer these questions I recently spoke with Dr. Justin Frank, a former clinical professor of psychiatry at the George Washington University Medical Center and a physician with more than 40 years of experience in psychoanalysis. He is the author of the bestselling books “Bush on the Couch” and “Obama on the Couch.” His most recent book is “Trump on the Couch: Inside the Mind of the President.” …

The Republican apparatus is lining up behind Donald Trump’s re-election campaign, despite the President’s many legal troubles, from the Russia investigation to pay-offs to Stormy Daniels. His former campaign manager Paul Manafort and his former fixer Michael Cohen are both serving prison terms for crimes they committed while being closely associated with the Trump businesses and campaign.

Nevertheless, Trump seem eager to persevere over his Democratic challengers and is setting a harsh tone for the upcoming campaign: on Monday, he accused the party of harboring anti-Jewish sentiment.

Raw Story spoke with Dr. Bandy X. Lee, a forensic psychiatrist at Yale School of Medicine, about the current political moment, the President’s mental state, and an upcoming conference by the World Mental Health Coalition, an organization of mental health experts who are seeking to eliminate the problem of dangerous disorders in leadership by offering fitness-for-duty exams.

She edited the New York Times bestseller, “The Dangerous Case of Donald Trump: 27 Psychiatrists and Mental Health Experts Assess a President,” to be released in an expanded edition next week. She is the newly-appointed president of the World Mental Health Coalition, formerly the National Coalition of Concerned Mental Health Experts, which has joined with international partners to form the new organization. …