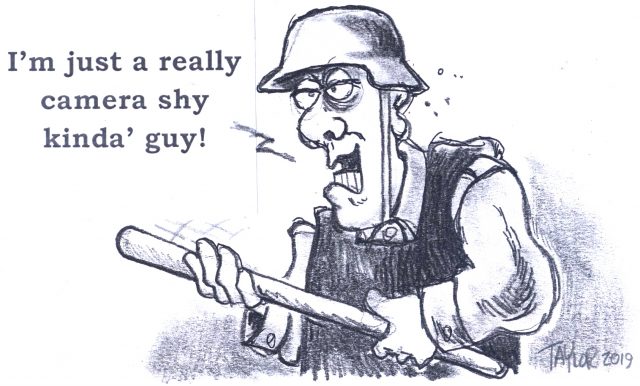 RT America’s Rachel Blevins reports for the News with Rick Sanchez on how Facebook and other social media platforms are purging the watchdog organizations that track police brutality and advocate for greater police accountability in the US.

(Commoner Call cartoon by Mark L. Taylor, 2019. Open source and free to use with link to www.thecommonercall.org )

Facebook orchestrated a multi-year effort that duped children and their parents out of money, in some cases hundreds or even thousands of dollars, and then often refused to give the money back, according to court documents unsealed tonight in response to a Reveal legal action.

The records are part of a class action lawsuit focused on how Facebook targeted children in an effort to expand revenue for online games, such as Angry Birds, PetVille and Ninja Saga.

The more than 135 pages of unsealed documents, which include internal Facebook memos, secret strategies and employee emails, paint a troubling picture of how the social media giant conducted business.

“Friendly fraud” is the term Facebook used when children spent money on games without their parent’s permission.

Facebook encouraged game developers to let children spend money without their parents’ permission – something the social media giant called “friendly fraud” – in an effort to maximize revenues, according to a document detailing the company’s game strategy.

For years, the company ignored warnings from its own employees that it was bamboozling children.

A team of Facebook employees even developed a method that would have reduced the problem of children being hoodwinked into spending money, but the company did not implement it, and instead told game developers that the social media giant was focused on maximizing revenues.

When parents found out how much their children had spent – one 15-year-old racked up $6,500 in charges in about two weeks playing games on Facebook – the company denied requests for refunds. Facebook employees referred to these children as “whales” – a term borrowed from the casino industry to describe profligate spenders. A child could spend hundreds of dollars a day on in-game features such as arming their character with a flaming sword or a new magic spell to defeat an enemy – even if they didn’t realize it until the credit card bill arrived.

Outraged parents were forced to turn to the Better Business Bureau, their credit card companies or even the courts to get their money back.

The revenue Facebook earned off children had such large chargeback rates – a process in which the credit card company is forced to step in and claw back money on behalf of parents – that it far exceeded what the Federal Trade Commission has said is a red flag for deceptive business practices.

Despite the many warning signs, which continued for years, Facebook made a clear decision. It pursued a goal of increasing its revenues at the expense of children and their parents. …