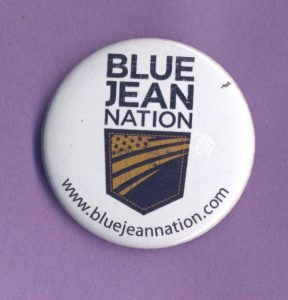 It’s time to ask the question.

While running for governor, I took part in close to 50 candidate forums leading up to Wisconsin’s August 2018 primary election. Some were sponsored by interest groups, others by the media or a party organization. Some focused on a single issue. Education. Economic development. Environmental protection. Criminal justice. Agriculture. Racial equality. Transportation. Energy policy. Other forums covered the waterfront, with questions on a variety of subjects.

When the curtain is pulled back, some fundamental truths become clear: Clean air and water don’t come from dirty politics. Good health care isn’t the natural offspring of a sick political system. Living wages are hard to come by in a dying democracy.

Most Americans see widespread government corruption and are deeply worried about it. Most think politicians are listening to rich people and ignoring the rest of us. Scientific research shows there’s good reason to think that way. Most want something done about the problem.

Sssh, not to be talked about

Most who are running for office, on the other hand, don’t want to talk about it.  The media and interest groups rarely if ever ask them to. The candidates are addicted to money because just about every play in their playbook depends on nonstop fundraising. The media — especially the TV stations — also are addicted because selling advertising time to candidates is so lucrative.

Money in politics corrupts our elections and our government in ways big and small. It distorts and corrupts our economy, and hurts the working class. It might not be our country’s biggest problem, but it is the problem underneath all the other problems.

In our elections, candidates are questioned about every problem under the sun, more times than they can count. But they rarely if ever are asked about the problem beneath those problems. That’s why it’s so common to hear elected officials say no one cares about campaign finance reform. They reach that conclusion because they are almost never asked about it on the campaign trail.

That needs to change. The curtain needs to be pulled back and the way levers are pulled and buttons are pushed needs to be made plainly visible. It starts with repeatedly and persistently questioning those seeking public office about how the money fueling political campaigns corrupts our government, hurts our economy and ruins our democracy.

When the curtain is pulled back, some fundamental truths become clear: Clean air and water don’t come from dirty politics. Good health care isn’t the natural offspring of a sick political system. Living wages are hard to come by in a dying democracy.

Pay attention to that problem behind the curtain.