On Friday [2/22], thousands took part in the Indigenous Peoples March in Washington, D.C. The next day, video went viral of an interaction that took place soon after the march ended between an indigenous elder and a group of Catholic high school students from Kentucky who had attended a March for Life protest the same day.

In the video, Omaha elder Nathan Phillips is seen peacefully playing his drum and singing while being encircled by the students—some of whom were wearing red “Make America Great Again” hats. The video appears to show the students taunting and mocking Phillips. Some of the students are seen making a tomahawk-chop motion with their arms. One student wearing a red MAGA hat is seen standing directly in front of Phillips while grinning and smirking.

The videos sparked widespread outrage, but some commentators walked back their critique of the students after more videos were posted online. We speak to Nathan Phillips about what happened. He is a Vietnam-era veteran and previous director of the Native Youth Alliance.

Chase Iron Eyes: Trump’s Mocking Of Native Americans Gives License To Others To Denigrate My People

As we continue to look at the video that has gone viral showing a group of Catholic high school students apparently mocking an indigenous tribal elder near the Lincoln Memorial, we speak to Chase Iron Eyes, an activist and lead attorney for the Lakota People’s Law Project. He is a spokesperson for the Indigenous Peoples March. 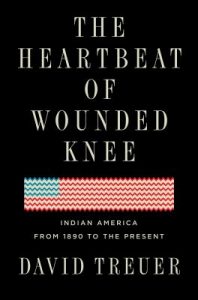 Native people live on reservations, we live in border towns, we live in suburbs, and we live in cities. We are as spread out across the country and as migratory as anyone else.

We end today’s show with “The Heartbeat of Wounded Knee,” a stunning new book by David Treuer that looks at Native America from 1890 to the present day. The book’s powerful mix of memoir, extensive interview and storytelling presents decades of indigenous history that have been sidelined by the mainstream.

David Treuer is Ojibwe from the Leech Lake Reservation in northern Minnesota. He teaches literature and creative writing at the University of Southern California.

If you have not seen the photo from a 2013 Covington High basketball game, check this out. Make sure to note the two boys in the background on either side of the black basketball player. Any school that would not immediately intervene and consequence such crude, cruel and racist behavior by students is run by adult moral misfits. — Mark L. Taylor, Editor. 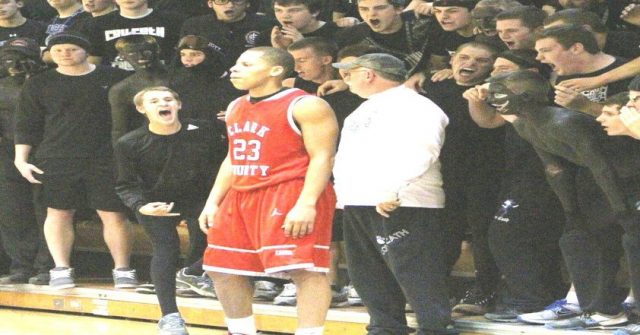