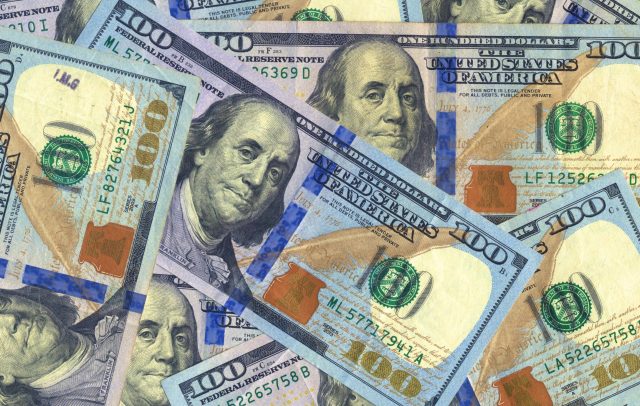 “Inequality is not inevitable, it’s a political choice.”

The gap between rich and poor is fracturing society, poisoning politics and fueling public anger, according to a new report from anti-poverty nonprofit Oxfam, which found that last year just 26 people owned the same amount of wealth as the poorest 3.8 billion people. This figure is down from 43 the year before.

The Public Good or Private Wealth? report, published Sunday, found that the wealth of billionaires has increased by $900 billion in the last year, or $2.5 billion a day. This bonanza has not been felt by the poorest half of the world, which saw its wealth decline by 11 percent.

The 400 richest Americans own more wealth than all black households and a quarter of Latino households. And social mobility in America is falling. Yet Donald Trump’s administration has slashed taxes for the wealthiest. … primarily to benefit the wealthiest 1 percent.

Since the 2008 financial crisis, the number of billionaires has doubled, according to the report, and the very rich along with corporations are paying lower taxes than they have in decades. At the same time, 3.4 billion people are living in poverty on less than $5.50 a day, and women are often hardest hit. Men hold 50 percent more of the world’s wealth than women, according to the report.

“The economy we have today is fundamentally inhuman,” Paul O’Brien, Oxfam America’s vice president for policy and campaigns, told HuffPost. He said he was disappointed but not surprised by the report’s findings. “You’re not going to get a decrease in extreme wealth until you have leadership committed to tackling its root causes, and right now we don’t.” …

Our economy is broken, with hundreds of millions of people living in extreme poverty while huge rewards go to those at the very top. The number of billionaires has doubled since the financial crisis and their fortunes grow by $2.5bn a day, yet the super-rich and corporations are paying lower rates of tax than they have in decades. The human costs – children without teachers, clinics without medicines – are huge. Piecemeal private services punish poor people and privilege elites. Women suffer the most, and are left to fill the gaps in public services with many hours of unpaid care. We need to transform our economies to deliver universal health, education and other public services. To make this possible, the richest people and corporations should pay their fair share of tax. This will drive a dramatic reduction in the gap between rich and poor and between women and men.

“The evils of capitalism are as real as the evils of militarism and evils of racism.”