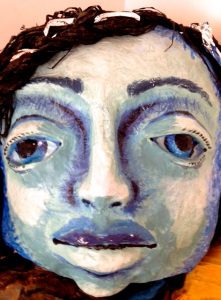 If Terrogence isn’t solely focused on terrorism, but has a political side to its business too, its facial recognition work could sweep up a vast number of people.

[Editor’s Note: Do you really want to continue putting up photos of your family on Facebook? be careful, folks. — Mark L. Taylor]

When Mark Zuckerberg appeared before the House Energy and Commerce Committee last week in the aftermath of the Cambridge Analytica revelations, he tried to describe the difference between “surveillance and what we do.” “The difference is extremely clear,” a nervous-looking Zuckerberg said. “On Facebook, you have control over your information… the information we collect you can choose to have us not collect.”

“This could impact the travel and civil rights of tens of thousands of law-abiding travelers who would then have to prove they are not the terrorist or criminal the system has identified them to be.”

But not a single member of the committee pushed the billionaire CEO about surveillance companies who exploit the data on Facebook for profit. Forbeshas uncovered one case that might shock them: over the last five years a secretive surveillance company founded by a former Israeli intelligence officer has been quietly building a massive facial recognition database consisting of faces acquired from the giant social network, YouTube and countless other websites. Privacy activists are suitably alarmed.

That database forms the core of a facial recognition service called Face-Int, now owned by Israeli vendor Verint after it snapped up the product’s creator, little-known surveillance company Terrogence, in 2017. Both Verint and Terrogence have long been vendors for the U.S. government, providing bleeding-edge spy tech to the NSA, the U.S. Navy and countless other intelligence and security agencies. …