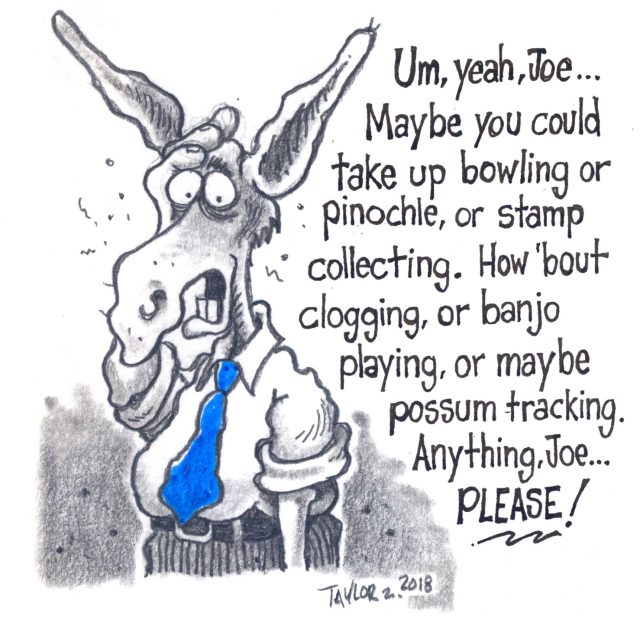 “I don’t think 500 billionaires are the reason why we’re in trouble. But we have not seen this huge concentration of wealth. And the folks at the top aren’t bad guys. I get in trouble in my party when I say wealthy Americans are just as patriotic as poor folks, I’ve found no distinction. I really haven’t. But this gap is yawning. It’s gaping and it’s having the effect of pulling us apart.”

(And, oh yeah, and according to Corporate Joe Biden, Social Security and Medicare earned benefits “need adjustment”, too.)

“Give me a break,” he said of young people who “think they have it tough.”

In an apparent effort to make himself an even less appealing 2020 contender, former Vice President Joe Biden had some harsh words for millennials while promoting his new book on Wednesday. Here’s what he said in a conversation with Patt Morrison of the LA Times:

“The younger generation now tells me how tough things are. Give me a break. No, no, I have no empathy for it. Give me a break. Because here’s the deal guys, we decided we were gonna change the world. And we did. We did. We finished the civil rights movement in the first stage. The women’s movement came to be. So my message is, get involved. There’s no place to hide. You can go and you can make all the money in the world, but you can’t build a wall high enough to keep the pollution out. You can’t live where—you can’t not be diminished when your sister can’t marry the man or woman, or the woman she loves. You can’t—when you have a good friend being profiled, you can’t escape this stuff. And so, there’s an old expression my philosophy professor would always use from Plato, ‘The penalty people face for not being involved in politics is being governed by people worse than themselves.’ It’s wide open. Go out and change it.”

Let’s take this line by line. …

Yikes! Not only wrong, but politically tone deaf…