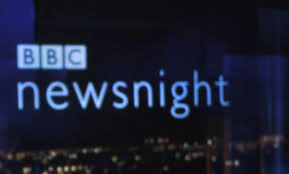 Exploiting and manipulating fear in local community stresses and problems.

Sara Khan, lead commissioner for Countering Extremism in England and Wales tells Newsnight that the country is at the “beginning of a new wave of far-right extremism.”

Newsnight approached members of Justice for Women and Children about our story. Natasha Allan and Tommy Allan chose not to respond.

Sharon Binks told us: “I would like to ask why the BBC believe that to protest against rape is wrong. Rape Crisis believe that 85000 women and 12000 men are raped each year. Instead of questioning those who defend women and children, surely you should be questioning our political parties on why they ignore the figures.”

She didn’t respond to our questioning about her visit to Poland but on social media in the past she’s said she believed the far right demonstrators went to the front of the march, which wasn’t where she was.