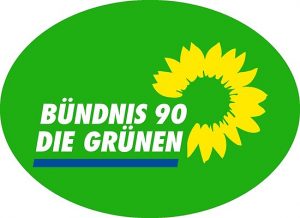 In recent months, the Green Party has risen in national polling to become Germany’s second-most-popular party, and it has done so by drawing strong and clear contrasts between its vision and the populist far right’s.

BERLIN — The rise of far-right populism is a narrative that dominates world politics, from President Donald Trump in the U.S. to President-elect Jair Bolsonaro in Brazil to Prime Minister Viktor Orbán in Hungary. It has left traditional politicians on both sides of the Atlantic grappling with how to respond. But Germany may offer an answer.

Germany has its own far-right populist party, Alternative for Germany (AfD), whose ascent has been covered extensively. It’s also home to another party, seeing extraordinary success, that may offer a lesson in how to counter right-wing extremism. And it’s not necessarily one you might expect.

In recent state elections in Germany where the Greens made big gains, voters got “the impression that the Greens were defending something, they were standing for something — without fear.”

In recent months, the Green Party has risen in national polling to become Germany’s second-most-popular party, and it has done so by drawing strong and clear contrasts between its vision and the populist far right’s. Whereas AfD is euroskeptic, the Greens are unabashedly pro-Europe; while the far right has lambasted refugees and migrants, the Greens unapologetically support more open immigration laws. Running on a slogan of “Give courage rather than spread fear,” the party has positioned itself as the best and boldest option for those looking to vote against far-right populism.

Data from the German pollster Forsa charts the Greens’ rise in popularity from 12 percent to about 20 percent over the last year alone. They’ve also won big in two recent state elections, receiving 17.5 percent of the vote in Bavaria and just under 20 percent in Hesse, picking up nearly three dozen seats across the two states’ parliaments. [Keep in mind Germany is a multi-party system, so a rise of 8% is impressive. Ed.]

“In many ways, the Greens are a lot less confused than the other political parties,” Marcel Dirsus, a German political analyst, told HuffPost. “People instantly understand what they’re about, and it’s coherent, and it’s logical, even if you disagree with it.”