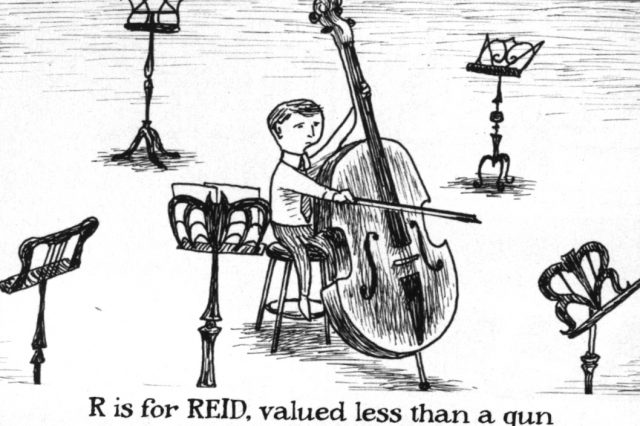 Satire about school shootings might seem overwhelming in the face of so much tragedy, but a new powerful and artistic statement is calling out the complicity many Americans have about gun violence. But this razor-sharp indictment isn’t coming from Sacha Baron Cohen or even Stephen Colbert.Instead, the most affecting commentary on gun control you’ll see this month was just been published in Mad Magazine.

In the latest issue of Mad Magazine (which is out on newsstands and in Barnes and Noble bookstores right now), there’s a brilliantly sad pastiche of the classic Edward Gorey children’s alphabet book, The Gashlycrumb Tinies, retitled now as The GhastltyGun Tinies. Written by Matt Cohen with art by Marc Palm, the piece reimagines Gorey’s playfully macabre kid’s book as something truly terrifying. One might wonder, how do you out-macabre Edward Gorey? The answer: just add realism.

In the original book, Gorey presents a horrific alphabet in which “A is for Amy who fell down the stairs” and “M is for Maud who was swept out to sea.” But, in The GhastltyGun Tinies, it’s much scarier. Initially, most of the kids are just described by some charming thing they’re interested in. “A is for Alice. A young science wiz.” Or “E is for Eve, who is idealistic.” But then the gut punches start happening. “G is for Greg who was caught unawares” and “J is for Julie who is too young to vote.”

As you read through each entry, the point of the whole thing becomes clear: all these imagined children are dead…. 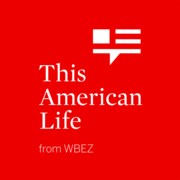 ‘This American Life” And The Gun Death Culture In American Schools

There’s no rulebook on how to handle a school shooting. And no real way to prepare for one. This week, people take what they’ve learned from these tragedies and try to use that knowledge to save others.

Prologue — A school in rural Ohio has decided to arm some of its staff, and is practicing how to use the school’s new guns in case of an emergency. Reporter Lisa Pollak talks to Ira about how they came to the decision, and what they learned at that training. (7 minutes)

Ready As You’ll Never Be — Marjory Stoneman Douglas had just completed a schoolwide upgrade on their emergency plans, just a month before the mass shooting at their school. Producer Robyn Semien talks to two teachers at the school about how that training both benefited them, and didn’t. (24 minutes)

Keep Breathing — Since losing their daughter in the Aurora, Colorado shooting, Sandy and Lonnie Phillips have gone to the locations of many mass shootings. They know lots about the challenges grieving families face, and have information only people who have lost someone to a shooting can know. Producer Miki Meek follows them from Santa Fe, TX to see who they meet, and to see how they take on the challenge of helping. (23 minutes)

Link to Story and Audio