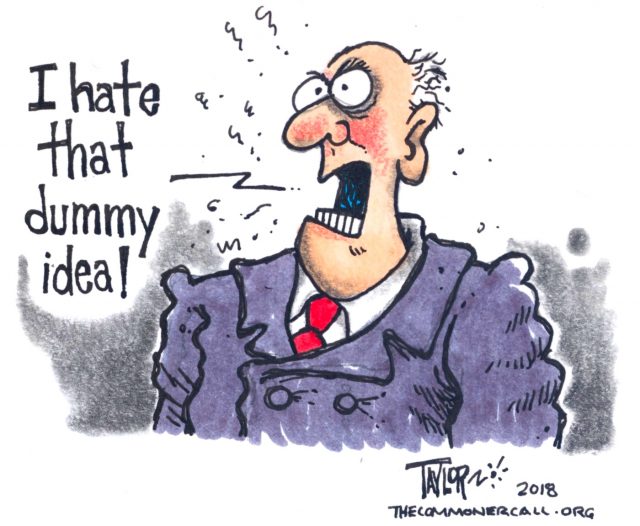 In late August, the People’s Policy Project, a left-wing think tank run by economist and writer Matt Bruenig, released a proposal for the creation of a social wealth fund in the United States. Dubbed the American Solidarity Fund, the idea behind the proposal is to establish a pool of shared, public wealth that would be invested in the same way that private wealth is. Under this plan, every American adult would own a single “share” of the fund, and while no single person would be able to withdraw their share, they would receive regular universal dividend payments from returns on investments.

Bruenig lays out plans for how a sizable share of wealth in the United States could gradually be moved into the fund, which would yield substantial dividends on the order of several thousand dollars per person, per year. In this way, the fund would act as a mechanism to democratize economic growth: When the economy does well, it benefits everyone—not just the very wealthy.

By alleviating economic insecurity and empowering the public, a social wealth fund could be a major step towards greater equity in American society.

As a supporter of universal basic income, I’m a big fan of providing everyone with unconditional cash—we have ample evidence that people use cash to improve their lives, and alleviating extreme poverty leads to many positive social outcomes, such as lower rates of illness and psychological distress. What’s unusual about Bruenig’s proposal is that, unlike most policies aimed at addressing economic inequality, the social wealth fund doesn’t focus primarily on income inequality. Instead, it aims to take on wealth inequality, shifting assets away from private control and into the public sphere. By doing so, such a social wealth fund would also help to upend the inequality of power that exists in our society today.

Our economic and political systems operate in a way that primarily benefits the wealthy. The fact that the richest 1% are steering government and financial institutions to further line their own pockets at the expense of everyone else has become ingrained in the public consciousness, at least since the Occupy Wall Street protests of 2011.

If we were to take a large chunk of the wealth of the 1% and give ownership of it over to the public, we could disrupt that control. The social wealth fund provides a way to do exactly that. …

Elizabeth Warren’s Plan To Save Capitalism By Making It Responsible

[Editor’s Note: Due to its inherent inequity and unsustainable nature, the question of ‘saving capitalism’ should be up for debate. Given that, Sen. Warren’s idea is a reasonable nod toward greater social and economic equity. — Mark L. Taylor]

Elizabeth Warren has a big idea that challenges how the Democratic Party thinks about solving the problem of inequality.

Instead of advocating for expensive new social programs like free college or health care, she’s introducing a bill Wednesday, the Accountable Capitalism Act, that would redistribute trillions of dollars from rich executives and shareholders to the middle class — without costing a dime.

Warren’s plan starts from the premise that corporations that claim the legal rights of personhood should be legally required to accept the moral obligations of personhood.

Traditionally, she writes in a companion op-ed for the Wall Street Journal, “corporations sought to succeed in the marketplace, but they also recognized their obligations to employees, customers and the community.” In recent decades they stopped, in favor of a singular devotion to enriching shareholders. And that’s what Warren wants to change.

The new energy on the left is all about making government bigger and bolder, an ideal driven by a burgeoning movement toward democratic socialism. It’s inspired likely 2020 Democratic contenders to draw battle lines around how far they’d go to change the role of government in American life.

Warren supports expanding many of the programs in play, and she’s voted to do so. But the rollout of her bill suggests that as she weighs whether to get into the presidential race, she’ll focus on how to prioritize workers in the American economic system while leaving businesses as the primary driver of it.

Warren wants to eliminate the huge financial incentives that entice CEOs to flush cash out to shareholders rather than reinvest in businesses. She wants to curb corporations’ political activities. And for the biggest corporations, she’s proposing a dramatic step that would ensure workers and not just shareholders get a voice on big strategic decisions.

Warren hopes this will spur a return to greater corporate responsibility, and bring back some other aspects of the more egalitarian era of American capitalism post-World War II — more business investment, more meaningful career ladders for workers, more financial stability, and higher pay.

As much as Warren’s proposal is about ending inequality, it’s also about saving capitalism. …