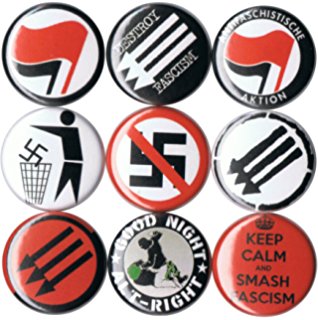 Our era will be remembered for the triumphant march of a globally unifying rightwing – a Nationalist International – that sprang out of the cesspool of financialised capitalism. Whether it will also be remembered for a successful humanist challenge to this menace depends on the willingness of progressives in the United States, the European Union, the United Kingdom as well as countries like Mexico, India and South Africa, to forge a coherent Progressive International.

Our task is not unprecedented. Fascists did not come to power in the mid-war period by promising violence, war or concentration camps. They came to power by addressing good people who, following a severe capitalist crisis, had been treated for too long like livestock that had lost its market value. Instead of treating them like “deplorables”, fascists looked at them in the eye and promised to restore their pride, offered their friendship, gave them a sense that they belonged to a larger ideal, allowed them to think of themselves as something more than sovereign consumers. 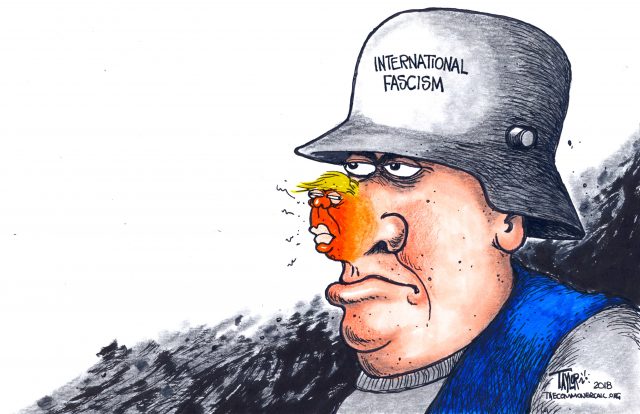 The Tip Of The Problem.

We need to demonstrate that the only way the many can regain control of our lives, our communities, our cities and our countries is by coordinating our struggles along the axis of an Internationalist New Deal.

That injection of self-esteem was accompanied by warnings against the lurking “alien” who threatened their revived hope. The politics of “us versus them” took over, bleached of social class characteristics and defined solely in terms of identities. The fear of losing status turned into tolerance of human rights abuses first against the suspect “others” and then against any and all dissent. Soon, as the establishment’s control over politics waned under the weight of the economic crisis it had caused, the progressives ended up marginalised or in prison. By then it was all over.

Is this not how Donald Trump first conquered the White House and is now winning the discursive war against a Democratic party establishment? Is this not reminiscent of the Conservative Brexiteers’ sudden appreciation of a National Health Service they had starved of funds for decades, or the energetic embracing of democracy that Thatcherism had subordinated to the logic of market forces? Are these not the ways of the hard right governments in Austria, Hungary and Poland, of Greece’s Golden Dawn Nazis and, most poignantly, of Matteo Salvini, the strongman steering the new Italian government? Everywhere we look today we see manifestations of the resurgence of an ambitious Nationalist International, the likes of which we have not seen since the 1930s. As for the establishment, they are behaving as if with a penchant to repeat the Weimar Republic’s every mistake.

But enough of the diagnosis. The pertinent question now is: what must we do? A tactical alliance with the globalist establishment is out of the question. Tony Blair, Hilary Clinton, the social democratic establishment in continental Europe are too compromised by their monetary links to a degenerating financialised capitalism and its accompanying ideology. For decades they relied on free market populism: the false promise that everyone can become better off as long as we submit to commodification. They’d like us to believe in a never-ending escalator that will take us to the heights of consumer satisfaction, but it doesn’t exist.

Yanis Varoufakis is the former Greek finance minister and co-founder of DiEM25 whose New Deal for Europe will be put to European voters in the May 2019 European Parliament elections.