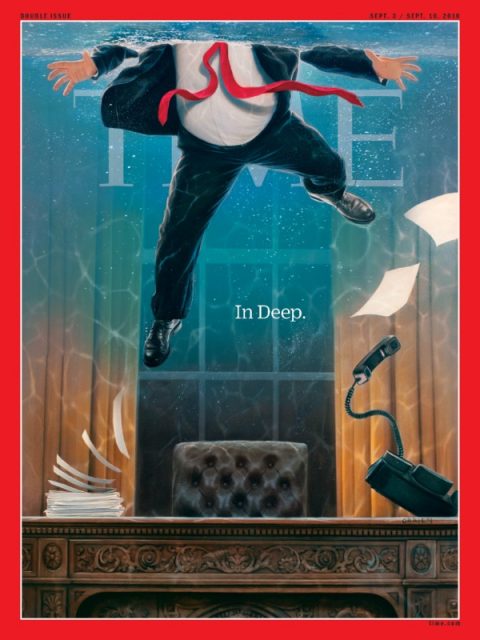 “I think impeachment is now squarely going to define the midterms,” said Rob Stutzman, a Republican strategist who has been critical of Mr. Trump. “It’s inescapable now that Democrats can legitimately raise that issue.”

The Trump’s lawyer Michael Cohen,plead guilty to eight counts in New York City. This was virtually at the same time as Manafort’s conviction.

As if that weren’t enough news we then learned Rep. Duncan Hunter (R-CA) — the second congressional rep to endorse Trump’s candidacy — and his wife, was charged by the Justice Department, “with using more than $250,000 in campaign funds to pay for family vacations, theater tickets and other personal expenses”.

This came two weeks after Rep. Christopher Collins (R-NY), the first congress critter to sign onto the Trump train was charged by federal prosecutors, “with insider trading on Wednesday, alleging the New York Republican schemed with his son to avoid significant losses on a biotechnology investment”.

But the news kept rolling…

Steele Dossier author Christopher Steele won a legal battle to dismiss charges brought by Russian billionaire owners of Moscow based Alfa Bank over allegations made in the dossier.

There are daily instances of statements of Russian hacking of Democrats running for office, state election infrastructure and other targets. On Tuesday Microsoft also reported Russians are targeting right-wing think tanks that are critical of Putin and Russia.

These are the highlights of what happened on Tuesday August 21, 2018.

Worthy of note, Cohen pleads guilty to making payments “in coordination with and at the direction of a federal candidate for office” for the “purpose of influencing the election” in violation of campaign finance law. The plea deal refers to “individual 1” who “became President of the United States in January 2017”.

Gee, who could they be referring to?

Trump is an unindicted co-conspirator.

The news is full of articles covering what happened. Let’s consider what it could all mean by considering a handful of insightful articles: A One-Two Punch Puts Trump Back on His Heels.

“The West Wing is described as, “numbed and desensitized by breathless news cycles blaring headlines about the president’s behavior”.

Mr. Trump has long mocked the investigations as “rigged witch hunts,” pursued by Democrats and abetted by a dishonest news media. But even the president’s staunchest defenders acknowledged privately that the legal setbacks he suffered within minutes of each other could open fissures among Republicans on Capitol Hill and expose Mr. Trump to the possibility of impeachment.”

The Washington Post reported: A Terrible Day For Trump Could Foretell More Bad Days To Come.

“Tuesday was one of the worst days of President Trump’s 19 months in power. It might also be a harbinger of worse days ahead…. Cohen admitted to arranging to pay off two women in 2016 so they’d stay silent about their alleged affairs with Trump, and said he did so “in coordination with and at the direction of” the then-candidate. “I participated in this conduct,” he said, “for the principal purpose of influencing the election.””

The Financial Times — which is tucked behind a firewall — reported on Donald Trump’s Dangerously Bad Day. The key statement by writer Edward Luce was his opening paragraph:

Over at Esquire Charles Pierce gave some historial perspective to the flaming headlines: I Lived Through Watergate. I Lived Through the Saturday Night Massacre. There Never Was Anything Like This.

The subhead to the story warned “The Cohen and Manafort developments could be a mortal blow to the Trump presidency—and Brett Kavanaugh’s nomination”.

Pierce opens the door to an interesting theory about the psychosis of the Trump White House and campaign:

“More to our purposes, though, it is now plain that the Trump campaign in 2016 was merely a vehicle for various grifters and opportunists to get rich. I still believe none of these people had the foggiest notion that Trump would become president*. But if your primary goal in life is to grab enough loot from enough places, a political campaign is a nice fat turkey to be sliced up. So I think they all had their own agendas, including the president*, and all of them were sort of in business for themselves, but under the Trump flag, as the Gambinos used to put it. Most of them had been working in a corrupt business enterprise for decades before it turned itself into a political campaign and then a presidency*.”

Following Pierce’s lead, when the FBI showed up to warn the Trump campaign about risks from Russian intrusion while Trump et al were already colluding with the Russians, it’s possible the campaign reaction was, thank goodness the FBI doesn’t know about the Kazakhs, Israelis, Saudis, Emeratis, Turks and the Chinese.

A White House gang of miscreants

Imagine that the Trump ‘Crooks and Liars’ club — otherwise known as the White House and his campaign staff — screened the bona fides for anyone getting on board. Cohen was already ‘the fixer’. Manafort had ‘oligarch connections and money laundering history’. Tillerson could bring ‘Russian oil’ to the table with a Putin medal to boot. Even sleepy Wilbur Ross had a ‘Cypriot bank that laundered Russian money’. Flynn, Gates, Papadopoulos, Page, Price, Carson, Zinke, DeVos, Prince, van der Zwaan, not to mention the ones that were simply evil-doers like Gorka and Miller, or bull-shitters like Spicer, Conway, Scaramucci and Sanders, all passed muster.

Even the White House lawyer, Don McGahn, has bona fides. This this article from AlterNet was forwarded by a Commoner Call reader: Here’s Why White House Counsel Don McGahn Has Donald Trump So Worried.

The main focus here is McGahn’s thirty hours (30!) with special counsel Mueller’s team answering questions. There are various statements from involved parties about at whose direction and what intent to cooperate but this version of that news includes a picture of McGahn’s history.

“Wheeler also points out that McGahn has a long history with Roger Stone and various dubious fundraising schemes that are likely to be of interest to the Mueller team as they seem to be homing in on the notorious dirty trickster. And McGahn himself has some interesting experience with Russian pay-to-play schemes going back to his days as former GOP House whip Tom DeLay’s lawyer.

“In the late ’90s, DeLay and his chief of staff came under scrutiny for some trips he took to Russia with the corrupt K Street lobbyist Jack Abramoff. These were organized by Russian oil and gas executives who wanted to lobby the U.S. government for more foreign aid. The trips were paid for by a shadowy group in the Bahamas associated with Abramoff and suspected of being financed by these Russian players. DeLay subsequently voted for the bill the Russians were pushing.”

Yep, McGahn was DeLay’s lawyer as well as in-house counsel for the National Republican Campaign Committee that gave $500,000 to U.S. Family Network which received $1 million from the Russians and was known as DeLay’s “political money carousel”.

The author ends with this:

“Don McGahn’s background as an election law expert and criminal defense lawyer for corrupt politicians with suspicious connections to Russian oligarchs made him a perfect choice for Donald Trump’s campaign. It also makes him a highly desirable witness for Robert Mueller’s investigation. Thirty hours of interviews can cover a lot of ground.”

A promise of future risk for Trump

Cohen’s lawyer, Lanny Davis, brings an old school approach to his work: In Lanny Davis, Michael Cohen Has the da Vinci of Spin

“Davis practices the kind of flackery that may be disappearing in the Trump era, when spokespeople across the government and outside defenders of the president routinely lie to reporters, denigrate them, or simply ignore them”. By comparison, Davis offers this about Trump’s lawyer, “When you debate Rudy Giuliani, at least my personal reaction is I feel dirty. I want to take a shower. I think he’s mentally not all there. How do I debate somebody who’s not mentally all there?”

Most important, here’s Davis promising to work with Cohen to ‘tell all’ including the possibility of a conspiracy to collude and prior knowledge of “the computer crime of hacking”.

The full Rachel Maddow Tuesday show did an excellent job of rounding up all the news Tuesday.
***** 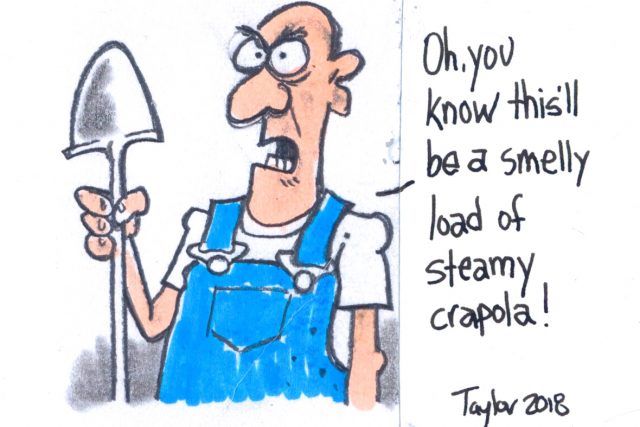 First he tees off on his lawyer Giuliani:

‘It’s all your fault!’ Trump screamed at Giuliani — and blamed him for putting Don Jr. in legal jeopardy.

Final word to Trump, in 12-24 hours following the “terrible day for Trump”, he’s gone from ignoring the news and sidestepping questions to this: Trump: Campaign-Finance Violations ‘Not a Crime’.

In upside-down Trumplandia collusion is not a crime. Campaign-finance violations are not a crime.

History, like the actual history of Trump’s statements about payments to Stormy Daniels, suggests he’ll move the goal posts again with new allegations and proof of crimes committed.