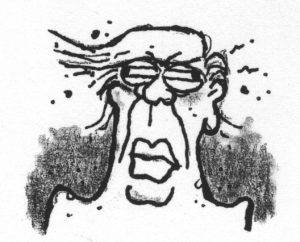 “If you ignore him, then you starve him of the thing he loves the most ― and that is controversy and attention.”

“There’s one way to shut Donald Trump down and that is to just don’t give him the oxygen,” Manigault Newman, who served as an aide to the president until her dismissal in December, said on The Daily Show Tuesday night. “And the oxygen comes from the clicks, the likes, the shock, the discussions.” …