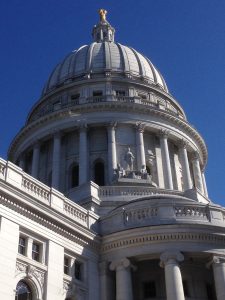 Two liberal groups that used online voting in an effort to narrow the Democratic field for governor won’t endorse any of the candidates after all.

But Wisconsin Working Families Director Marina Dimitrijevic says none of the four candidates received the majority of the vote needed to earn the nod.

“In fact, no candidate even received more than a third of the vote,” Dimitrijevic said.

The lack of an endorsement marked an anti-climactic conclusion to a process that appeared to get the candidates’ attention.

Several appeared in Wisconsin’s Choice forums around the state in addition to “virtual forums” where they addressed specific issues. Most recently, the four finalists appeared in a debate.

The prospect of an endorsement was likely enticing to candidates looking for a way to stand out in the eight-candidate primary. Our Wisconsin Revolution was formed by supporters of Bernie Sanders looking to keep his movement alive after the 2016 election. Sanders won Wisconsin’s Democratic presidential primary overwhelmingly.

While the “50 percent plus 1” threshold set by organizers proved to be too high for any candidate to reach, Dimitrijevic said the groups had no regrets. …

Read the Rest and 1-Minute Audio

(Commoner Call photo by Mark L. Taylor, 2018. Open source and free for non-derivative use with link to www.thecommonercallorg )