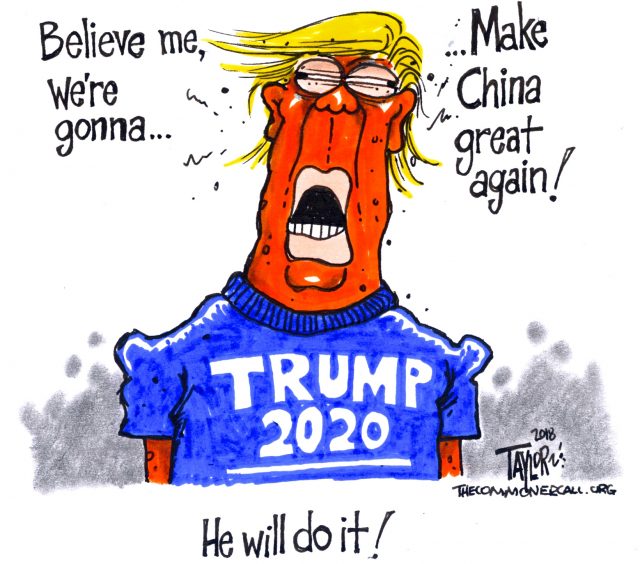 Nothing shows the president’s support for American workers like making Trump 2020 swag in China.

Since March, Jiahao Flag Factory, located in Fuyang, Anhui province, has made approximately 90,000 of the flags for use at Trump campaign events, according to Reuters.

The flags reportedly cost about $1 apiece, a price that is likely to go up after Trump’s tariffs on China kick in. The campaign’s suppliers are likely trying to get these prices while they can, the factory manager told Reuters.

Link to Story and Photos