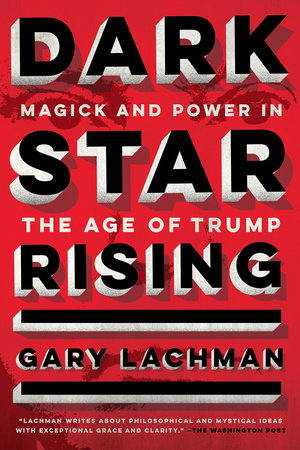 [Editor’s Note: This is an insightful explanation from a different perspective of what the Trump movement is all about and how it seems impervious to the blunders, blatant lies and immorality of it’s leader. Excellent read. — Mark L. Taylor]

Almost two years after Donald Trump’s once-unthinkable election victory, social scientists and other researchers have reached some clear conclusions about how and why it happened. Racism, sexism, nativism and social-dominance behavior were key factors in Trump’s support among white voters. Christian nationalism, along with the fear that white people will soon lose demographic power and control in America was also an variable. The claim that “economic anxiety” among the “white working class” was a primary motivation of Trump’s voters has repeatedly been shown to be incorrect.

As Trump meets alone with Vladimir Putin in Helsinki this week, the influence of Russia in undermining the 2016 presidential election with the goal of installing Trump in the White House cannot be discounted.

Trump can be said to lead a kind of political cult, and most analysts and commentators are still struggling to explain his almost unbreakable power over his voters and others supporters.

But for all the excellent analysis of the 2016 presidential election, there is too little focus on the role of emotions, symbols and mass psychology in how Trump was able to defeat Hillary Clinton. Trump can be said to lead a kind of political cult, and most analysts and commentators are still struggling to explain his almost unbreakable power over his voters and others supporters.

Drawing on his expertise in the occult and other esoteric knowledge, historian and cultural critic Gary Lachman makes an unusual argument in his provocative new book “Dark Star Rising: Magick and Power in the Age of Trump.” He suggests that Trump and his followers and supporters on the racist far right are actually master manipulators of human emotion, storytelling, collective psychology, symbolism and memes, with a remarkable ability to create chaos.

Lachman is the author of several books and has lectured across the United States, Britain and Europe on the relationship between consciousness, esoteric knowledge, politics, history and culture. He is perhaps best known as a founding member of the New York new wave band Blondie, in which he played bass from 1975 to 1977. (He later led a Los Angeles band called The Know, and played guitar with Iggy Pop in the early 1980s.)

Lachman explains how Donald Trump uses the “power of positive thinking” to will himself to victory and to charm and influence others, in much the way that the “alt-right” was able to weaponize the cartoon figure Pepe the Frog in the service of white supremacy. He also discusses how the Donald Trump cult builds power because it seems to provide meaning to the lives of his followers, and how Vladimir Putin has created a “post-truth” alternate reality in Russia, now being emulated by Trump and his allies in the United States.

Our conversation has been edited for clarity and length. …

Thomas L. Freedman: A President With No Shame And A Party With No Spine

If your puppy makes a mess on your carpet and you shout “Bad dog,” there is a good chance that that puppy’s ears will droop, his head will bow and he may even whimper. In other words, even a puppy acts ashamed when caught misbehaving. That is not true of Donald Trump. Day in and day out, he proves to us that he has no shame. We’ve never had a president with no shame — and it’s become a huge source of power for him and trouble for us.

And what makes Trump even more powerful and problematic is that this president with no shame is combined with a party with no spine and a major network with no integrity — save for a few real journalists at Fox News like the outstanding Chris Wallace.

When a president with no shame is backed by a party with no spine and a network with no integrity, you have two big problems.

First, there is no one inside his party or base who is going to sustainably stop Trump from being himself and doing whatever he bloody pleases. The Republican Party has completely lost its way. Don’t be fooled by the last-second tut-tutting of G.O.P. senators about Trump’s kowtowing to Vladimir Putin in Helsinki and spurning of our intelligence agencies.

Until and unless the G.O.P.-led Congress passes legislation that protects special counsel Robert Mueller from being fired by Trump or enacts into law specific, deeper sanctions on Russia if it is ever again caught trying to tilt our elections — or secures Trump’s tax returns or the transcript of his two hours and 10 minutes of private conversation with Putin — it’s all just talk to cover the G.O.P.’s behind. …