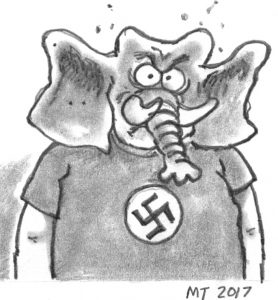 Arthur Jones, a Holocaust denier who will appear on the November ballot as the GOP candidate against Democratic Rep. Dan Lipinski, has become campaign fodder for Democrats as they seek to defeat Gov. Bruce Rauner. And some Republicans even fear the taint from Jones‘ extremist views poses a threat to the party up and down the ticket.

McSweeney’s comments come just days after the filing deadline passed for qualifying a third-party candidate for the general election — which could have provided a safe harbor for Illinois Republican votes. Prior to that, the party had also failed to recruit a candidate to challenge Jones in the primary election, failed to knock him off the primary ballot and wasn’t able to field a write-in candidate against him in the primary.

Running a third-party candidate against Jones in November was among the options left to Illinois Republicans after Jones clinched the GOP nomination by running unopposed. But the deadline came and went this week and that didn’t happen either.

Jones, who told POLITICO he’s running to counter a “two-party, Jew-party, queer-party system,” laughed when he was informed the GOP was unable to put up a candidate against him. 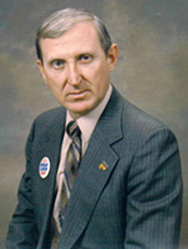 The Nazi I Knew: Still Spewing His Sewage Of Hate

What ensued was one of the most bizarre hours of my life as we debated Nazism. I don’t recall a lot of the conversation but I do remember that fire hose intensity of racist, smothering crazy. Art’s voice rose with the words sounding like pistol shots. There was a crazy crackling high voltage that was breathtaking. I doubt we stayed a full hour, managing to extricate ourselves from Art’s cramped little world. …