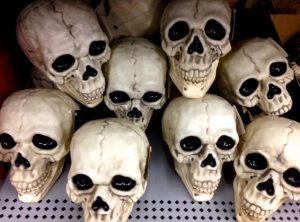 Noted consumer advocate and author Ralph Nader on Friday offered a sharp retort to Laura Bush and Michelle Obama in response to the former first ladies levied criticism at the Trump administration’s cruel immigration policy that separated immigrant children from their families.

“Would be nice if Laura Bush and Michelle Obama had expressed similar heartfelt concern for the tens of thousands of children killed or seriously maimed by the wars of their husbands in Iraq, Afghanistan, and elsewhere,” he tweeted.

As it’s signed “-R,” it was written by Nader himself, rather than his staff who often tweet on his behalf.

The tweet follows an op-ed published Sunday at the Washington Post in which Bush took aim at Trump’s “zero tolerance” policy, writing that she “was among the millions of Americans who watched images of children who have been torn from their parents.”

“I live in a border state. I appreciate the need to enforce and protect our international boundaries, but this zero-tolerance policy is cruel. It is immoral. And it breaks my heart,” she wrote, tweeting out the same section of text.

Immigration and Customs Enforcement (ICE), it should also be noted, was created under the George w. Bush administration and the Obama administration also came under fire for his deportation policy, treatment of child migrants, and the detention of immigrant families.

The other living first ladies have also weighed in on the Trump administration’s widely condemned policy of ripping families apart at the Southern border, with all expressing at least some measure of criticism.

The current First Lady’s reaction to the separations and detention of chidlren was quite mild, with a spokesperson for Melania Trump saying she “hates to see children separated from their families.” It also rang particularly hollow, as, on her way to visit a detention center at the border, she wore a jacket emblazoned with the words “I really don’t care, do U?”