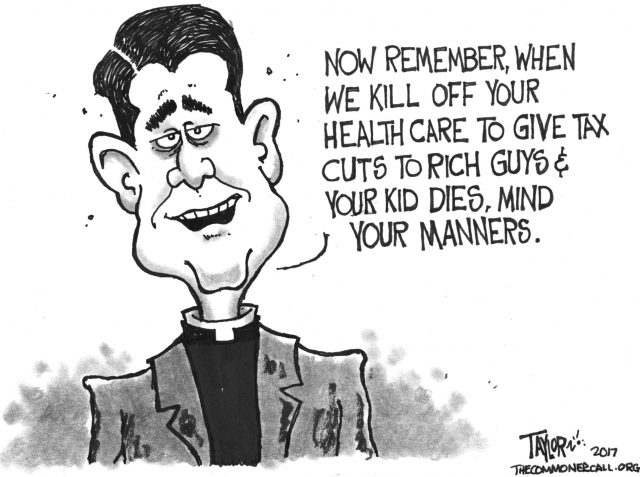 MSNBC’s Morning Joe host — and former republican congressman who has now left the party — went after Wisconsin’s Rep. Paul Ryan Tuesday (5/22) for failing to stand up to Donald Trump’s power grab and failure to defend the Constitution and the role of the congress.

“Paul Ryan is the speaker of the House, while constitutional norms are being ripped to shreds,” Scarborough said. “Are we to believe that Paul Ryan and his staff member does not know what is going on here? That this is what (Turkish president Recep Tayyip) Erdoğan did in 2014, not what Americans have done since James Madison and (Alexander) Hamilton sketched together the United States Constitution? Is he really that out in the dark? Are his advisers really that out in the dark?

“At what point does Paul Ryan stop worrying about the Republican Party and start worrying about the republic? We’re at that point now.”
Yes we are and I think Scarborough is giving Ryan entirely too much credit. What he fails to grasp is that Paul Ryan is okay with what is happening. The evisceration and auctioning off the severed parts of the federal government is the logical outcome and the long-sought wet dream of the Koch brothers and their economic muse economist James McGill Buchanan. That story is told in Nancy MacLean’s “Democracy In Chains: The Deep History Of The Radical Right’s Stealth Plan For America.” As MacLean recently noted at a Wisconsin Democracy Campaign speaking event: “Trump is the tumor, not the cancer.”
As a disciple of Libertarian saint Ayn Rand, Paul Ryan is perfectly content in seeing the Constitution and the norms of separation of powers dismantled. As in 1934 when Hitler assumed the reins in Germany, Paul Ryan and today’s corporate forces are making a fundamental error: they think they will be able to manage and direct Trump. They don’t understand just what they are dealing with.
Link to Story and 8-Minute Video 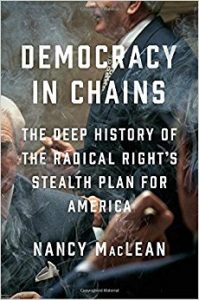