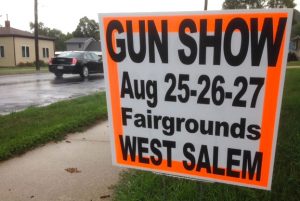 We are Republican, Democratic and independent. We come from the East, South, Midwest and West. We are conservative, progressive and liberal. We are men and women. We include eight members of the Circle of Chiefs, the highest conservation honor of the Outdoor Writers Association of America. We are all different in many ways, but we have important commonalities. We are Americans; we are gun owners; we are hunters; and we support responsible firearm regulation.

Yes, the Second Amendment conveys a right to “keep and bear” firearms. But rights come with responsibilities, and we all have a moral responsibility to address America’s crisis of gun violence.

We avoid the term ”common sense,” understanding the wisdom in Voltaire’s words ― “Common sense is not so common.”

Perhaps nature’s unpredictability, or the predictability that either our abilities or our equipment will fail at the most inopportune moment, have conditioned us to find solace in simplicity. We believe simple and responsible steps can and must be taken to end the cycle of gun violence and tragedy to which we are all witness in today’s America.

We are at a turning point. There are now 265 million guns in private ownership — more than at any time in our nation’s history, and owned by a smaller proportion of the population than ever. Only about 30 percent of Americans own guns, and about 60 percent live in gun-free households. The long-term trend away from gun ownership will continue. As people who own and use guns respectfully, we feel an urgency to speak up for a simple, sensible approach.

Hunters and hunting are also declining. In 1955, 10 percent of Americans hunted. Today, it’s less than 5 percent. But the positive image of the hunter as a skilled and conscientious “sportsman” is being abused in defense of an out-of-control gun culture.

Most hunters own guns principally to hunt game. We use them safely and respectfully: If someone is injured during their use, it will most likely be a friend or family member, since that is who we hunt with. We don’t buy a lot of guns. We usually have a few favorites, often passed down to us by fathers or grandfathers. The gun industry figured that out decades ago, and switched to creating guns for a different market. …