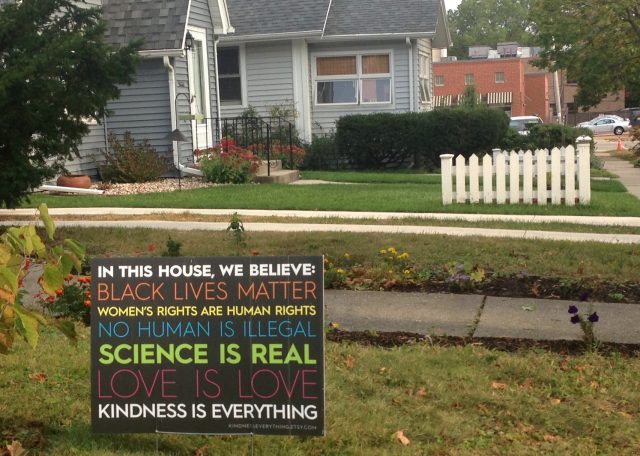 It’s startling when your hometown is labeled the worst city in the United States for African Americans.

That’s what happened in Peoria in late 2016 when a survey by the online publication 24/7 Wall St. rated the central Illinois city at the top of its list of the “Worst Cities for Black Americans.”

The slap at Peoria wasn’t even the worst indignity suffered by the people of the city at that time. Shortly afterward, world-famous machinery maker Caterpillar Inc. said it would close the company’s Peoria world headquarters and move to Chicago. The decision was announced after years of discussion about the future of the company’s headquarters, during which the locals were consistently misled to believe that Caterpillar was committed to remaining in the city. The move reflects the deindustrialization and associated ills that are afflicting Peoria and scores of other small cities across the Midwest.

The two events were recently cited by labor activists as the sparks that generated the Peoria Peoples Project, a new initiative to unite labor unions and the city’s progressive elements. The goal is to improve the lives of working people across the city through political action, particularly action at the state-wide policy level, the labor activists say.

Spearheaded by local units of the American Federation of Teachers and the Service Employees International Union (SEIU), the Project got started last year with the help of the Chicago-based Grassroots Collaborative, says Jeff Adkins-Dutro, president of the Peoria Federation of Teachers. The Collaborative is dedicated to building labor-community alliances in Chicago, Adkins-Dutro says, but is also keen to see similar alliances established in the smaller Illinois cities. Collective action from multiple city-based alliances of this sort are needed to reverse some of the statewide trends that are undermining the interests of working families in Peoria and elsewhere around the state, he says.

Right now, Illinois trends in voting are very much on the minds of the leaders of the leading health care workers union, adds Beth Menz of SEIU Healthcare Illinois, Indiana, Missouri and Kansas, a regional grouping of SEIU locals for hospital, nursing home and home care workers. Unions of all kinds are mobilizing for the November election, she says, and are determined to defeat the re-election bid of anti-union incumbent Gov. Bruce Rauner. …