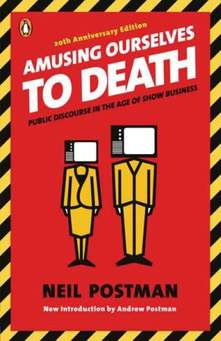 “This book is about the possibility that Huxley, not Orwell, was right.”

― Neil Postman, Amusing Ourselves to Death: Public Discourse in the Age of Show Business