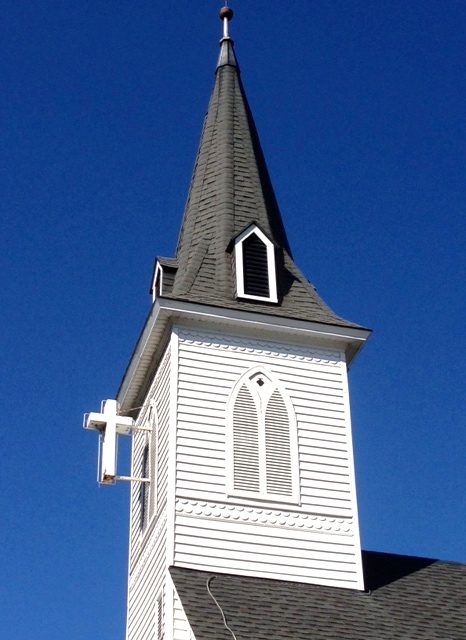 One of the biggest questions I received after writing about Trump, evangelicals, and the end of the world for RD was this: how do we talk to people who see the world as collateral damage in the pursuit of the Heavenly Kingdom? Is it even worth trying to nudge people out of that worldview?

Here’s an exhibit. When I was twenty-one years old, someone finally knocked it through my thick head that the earth was old. I was halfway through Geology 100 when, on one otherwise dull afternoon, the professor said something—I don’t even remember what—and a puzzle piece snapped into place. I sat up straight. The earth was old. Not six thousand years old. Billions of years. What did that mean?

“However well-intentioned you are, bludgeoning people with fact after argument after fact will only entrench them in their position and reinforce a perception of being persecuted by the world. What does work? In my experience, it’s empathy, honest conversation, and a whole lot of patience.”

I’d grown up evangelical Christian. We weren’t as conservative as some—and, to the outside eye, we probably looked pretty normal—but like so many others, we were fully immersed in the evangelical worldview. While you wouldn’t find us picketing abortion clinics, all the core ideas were there under the surface: we were Biblical literalists and against same-sex marriage. We believed America was God’s country, voted Republican and pro-life, and expected the rapture at any minute. We were also six-day creationists, with science textbooks that warned us to beware of any statement that contradicted the Bible.

That’s why, back at home after my Geology epiphany, I could do nothing but stare blankly out the front door and feel the roll and pitch of the world as it fell from beneath my feet. It seemed, quite literally, as if there were nothing solid under me, only a great vacuum in which to flail. I grabbed the door handle and stood there, dazed, for a long time.

Eventually, I pulled myself together. But there was a chink in the armor. Every time a church leader talked about Adam and Eve or the creation of the earth, I thought about the broad swaths of time that came before humans, of the Cambrian and Ordovician periods, of the fragile fossils behind the glass in the Ohio State laboratory. When someone talked about the layers of sediment in the Grand Canyon or the evolutionary structure of a bird’s wing, I thought, “Well, they have it right. Except for that one thing, and no one’s perfect so it doesn’t really matter.”

That one thing did matter. It was a chemical in the solution that would, over the next decade, dissolve my world.

And here’s the thing: it was the dissolution of a world. …