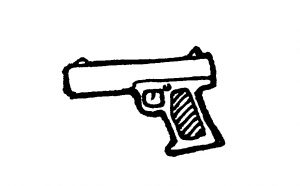 MADISON – On the heels of the mass shooting in Parkville, Florida, today State Representatives Melissa Sargent (D-Madison) and David Crowley (D-Milwaukee) along with their colleagues, State Senators Lena Taylor (D-Milwaukee) and LaTonya Johnson (D-Milwaukee), introduced LRB-2543 creating a lethal violence protective order (LVPO) process in Wisconsin. Under the LVPO injunction process, if a person is likely to injure themselves or another person, a family member or law enforcement officer (among other specific parties specified under the bill) may petition to temporarily prevent the person from possessing or purchasing a firearm.

“We’ve seen shooting after shooting where law enforcement or relatives of eventual-shooters saw warning signs about the person’s violent behavior but didn’t have the resources available to intervene and prevent the situation from escalating,” said Rep. Sargent, lead Assembly author of the proposal. “LVPOs provide an important tool, especially for family members, who see these red flags firsthand, often long before anyone else, enabling them to say, ‘I’m scared for you, I’m worried about you, and I want to take steps to ensure you’re not going to hurt yourself or anyone else.’”

LRB-2543’s LVPO process mirrors Wisconsin’s existing temporary restraining order (TRO) and injunction processes. A court will issue the TRO and subsequent injunction if it has reasonable grounds to believe that, if the person possesses a firearm, the person is substantially likely to injure themselves or another person. An LVRO injunction would be effective for an initial 180-day period and could be extended by petition for additional 180-day periods thereafter if the court believes the person continues to be at risk for injuring themselves or another person.

“We’re well past thoughts and prayers, and people are ready for real conversations about guns where responsible and safe gun ownership and the 2ndAmendment aren’t treated like they’re mutually exclusive—because they’re not. We need policy options that balance both interests, and LVPOs are a great example of this balance,” Sargent concluded.

A similar plan was proposed just this week by Florida Gov. Rick Scott in response to the Parkland shooting, while five other states—Connecticut, Indiana, California, Oregon, and Washington—already have similar laws in place, and a handful of other states have pending legislation. An LVPO bill was also introduced in the Wisconsin State Legislature during the 2015-16 biennium.

Melissa Sargent is a State Representative in the Wisconsin Assembly, representing the 48th Assembly District, which covers the east and north sides of the city of Madison and the village of Maple Bluff.