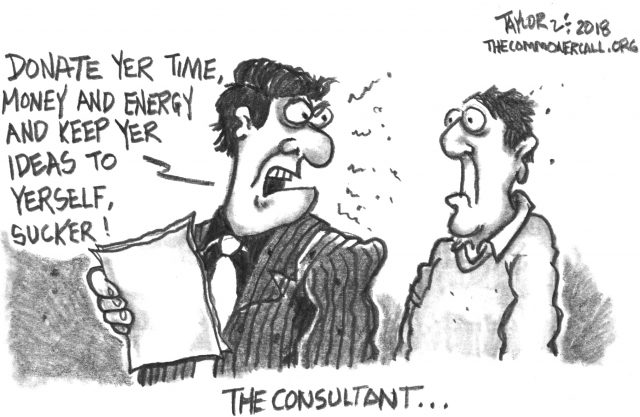 Progressives found new reason for dismay on Tuesday after internal documents revealed efforts by the Democratic Congressional Campaign Committee (DCCC) to squash support for Medicare for All and a separate attempt to curtail demands for stricter gun control following the mass shooting in Las Vegas last year.

“It’s becoming evident that the DCCC—and the billionaire donors and revolving door consultants that make up the Democratic Party establishment—believe Democrats can only take back Congress by running on a watered down message…instead of the basic values of decency and fairness that voters demand,” said Waleed Shahid of Justice Democrats in a statement.

Documents on healthcare messaging that were handed out to House Democrats in the wake of the 2016 election treated universal healthcare as a fringe issue, suggesting that lawmakers are not to entertain Medicare for All as a potential solution to the nation’s high healthcare costs and poor outcomes.

“It’s a slap in the face to this grassroots movement that the DCCC only wants to offer ‘thoughts and prayers’ as a solution to an epidemic that has stolen so many lives.”

“The American people overwhelmingly want Congress to improve the Affordable Care Act, not repeal it or replace it with something radically different,” reads the memo. “We need to offer reasonable solutions to improve the law instead of a massive overhaul.”

In fact, a Harvard-Harris poll taken in September found that 52 percent of Americans backed a Medicare for All or single-payer healthcare system. Among Democrats, however, that number is much higher, with 69 percent in favor.

The messaging memo also included Republican talking points attacking a single-payer system like the Medicare for All plan proposed by Sen. Bernie Sanders (I-Vt.), without providing any rebuttals to the claims.

As the healthcare memo came to light, the Huffington Post reported that last October, in the immediate wake of the Las Vegas shooting, the DCCC warned House candidates to steer clear of “politicizing” the massacre that killed 58 people and injured hundreds.

“You and your candidate will be understandably outraged and upset, as will your community. However, DO NOT POLITICIZE IT TODAY,” DCCC regional press secretary Evan Lukaske wrote to candidates in an email just after the shooting. “There will be time for politics and policy discussion, but any message today should be on offering thoughts/prayers for victims and their families, and thanking first responders who saved lives.”

The email was “straight out of the NRA’s talking points,” Mark Glaze of the gun violence prevention group Guns Down told the Huffington Post.

“If the DCCC is willing to give up a key issue and offend virtually every Democrat so as not to bother eight Independents in rural Missouri, they’re even more incompetent than we thought, and Democrats should be very worried about the midterms,” Glaze said.

The memo surfaced amid reports that even after the vocal grassroots effort, led by survivors of the Parkland, Florida shooting earlier this month, to achieve gun control legislation that would make it harder to purchase military-style semi-automatic weapons like the AR-15, Democratic leadership is concerned that a push for real reform could hurt the party in the 2018 midterm elections.

“How do you keep from having a conversation about sensible changes be turned into ‘They want to take your guns away’?” a former Democratic leadership aide told the Hill last week, summing up the Party’s concerns.

Pennsylvania Democrat Conor Lamb, who is campaigning in a special election set to take place March 13 in a Republican district, spoke vaguely after the Parkland attack about his goal to “do some things that would really produce change” but argued against new gun laws.

Out of step with America

As Democrats fret over the popularity of gun control, 70 percent of Americans now favor stricter gun control, while 61 percent told Harvard-Harris that the AR-15, the gun used in Parkland as well as in several other mass shootings in recent years, should be banned from purchase by civilians.

“The establishment of the Democratic Party needs to get out of the way of the rising tide of movements that could sweep them into the majority,” said Shahid. “Across the country, we’re seeing grassroots activists come out in unprecedented numbers: to demand health care as a right, to stop the Trump agenda of division and greed, and to ban assault weapons. It’s a slap in the face to this grassroots movement that the DCCC only wants to offer ‘thoughts and prayers’ as a solution to an epidemic that has stolen so many lives.”