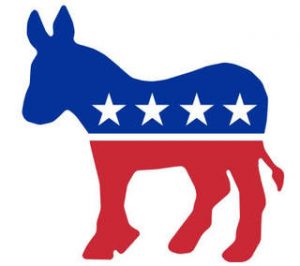 A progressive Democrat who is running to represent Houston, Texas in the U.S. House of Representatives is being negatively targeted by the House campaign arm of her own party, and EMILY’s List, a powerhouse group that works to elect pro-choice women, has opted to support an opponent with corporate ties, according to a series of reports this week.

Laura Moser, a journalist and creator of the text messaging app Daily Action—which lets subscribers know about a simple civic action they can take to fight President Donald Trump’s agenda—is one of seven Democrats battling for the opportunity this November to unseat incumbent Rep. John Culberson (R-Texas) in Texas’s 7th District, which former Hillary Clinton carried in the 2016 election.

The Democratic Congressional Campaign Committee (DCCC), the party’s House campaign arm, has posted on its website opposition research that labels Moser as a “Washington insider.” As a team of reporters detailed at The Intercept, the DCCC’s dossier on Moser “takes a snippet of Moser’s writing from 2014 in Washingtonianmagazine out of context,” and implies that she is corrupt because she paid campaign funds to her husband’s political consulting firm.

“That the DCCC would attack a Democrat for funneling money to a campaign consultant is itself rich, given how the organization habitually steers candidates to its own consultants,” The Intercept reporters pointed out. “Its nickname in Washington, after all, is ‘the consultant factory,’ as so many of its operatives go on to be campaign consultants working on the party dole.”

“The days where party bosses picked the candidates in their smoke-filled rooms are over. D.C. needs to let Houston vote.” —Laura Moser, Democratic candidate for US House.

The Texas Tribune, which also reported on the DCCC’s blitz, spoke with the group’s communications director, Meredith Kelly, whose statements and social media commentary indicate the party’s attack on Moser is likely tied to concerns that she wouldn’t be able to defeat the Republican incumbent in November.

Referring to a magazine article in which Moser explained how she wouldn’t ever move to a certain Texas town where some of her family lived, Kelly said, “Moser’s outright disgust for life in Texas disqualifies her as a general election candidate, and would rob voters of their opportunity to flip Texas’s 7th in November.”

Kelly also retweeted a response to Ryan Grim, one of The Intercept‘s reporters, in which one observer remarked, “I think the DCCC believes they’ll struggle to win in November with Moser.”

Responding to the attack by her own party, Moser told the Tribune: “It’s disappointing to hear it from Washington operatives trying to tell Texans what to do. These kind of tactics are why people hate politics.”

“The days where party bosses picked the candidates in their smoke-filled rooms are over,” she added. “D.C. needs to let Houston vote.”

The reports sparked intense criticism from progressives, who decried the behavior by the Democratic Party establishment. “DCCC’s actions unfortunately reveal a party establishment cracking down on leaders who challenge their way of doing things. They believe we need Democrats who can cater to the agenda of Wall Street and the wealthy donor class,” said Justice Democrats, which has endorsed Moser.

Many others weighed in on social media, with journalist Nomiki Konst tweeting: “Capitalist centrists are on a power crusade to smear anyone who challenges them. People need a voice in government.”

But the efforts to challenge Moser’s candidacy aren’t limited to her party. In an earlierpiece for The Intercept, Grim reported on how EMILY’s List, “one of the Democratic Party’s biggest power brokers,” is supporting corporate attorney Lizzie Pannill Fletcher—whose law firm, which often represents employers facing challenges from their employees or unions, has raised concerns among working-class voters (the AFL-CIO has even reportedly encouraged its members to vote for any other Democrat but Fletcher).

While there are seven Democrats competing for the chance to take on the November election in the Texas district, the decision by EMILY’s List to choose sides between the only two female contenders could actually sabotage the group’s purported mission to help Democratic women get elected, as Grim notes.

“With both Fletcher and Moser battling for a spot in the two-person runoff, and [cancer researcher Jason] Westin surging in the race,” he explains, “EMILY’s List’s endorsement of Fletcher could end up having the paradoxical effect of producing a runoff between the two men.”

“Rather than lifting us both up, EMILY’S List has pitted us against each other,” Moser told The Intercept. “I knew as a progressive, pro-choice woman running in Texas, I would face obstacles. I never dreamed EMILY’s List would be one of them.”

Disappointed and dismayed to see anyone going after a genuine progressive and pro-choice committed leader like Laura. As a fellow Texan, I applaud @lcmoser and her family for striving to represent the people of our great state being harmed right now. https://twitter.com/lcmoser/status/966853542517592066 …9:02 PM – Feb 22, 2018

(Editor’s Note: I encourage Commoner Call readers to join me is sending a contribution to the Moser campaign. — Mark L. Taylor)

There’s a reason more women, and mothers, don’t run for public office. It’s not just that the endless work-life balancing act really is a lot more complicated than our parents told us it would be when they said we could “do anything we want with our lives.”

It’s that many fear personal family attacks. Just like the kind I’ve received in the last 24 hours.

Last night, I was shocked to find myself the subject of an unprecedented attack by the Democratic Congressional Campaign Committee (DCCC). The basis was a single quote that was blatantly taken out of context – a silly joke twisted into a desperate, clumsy smear.

As this campaign has progressed, it has become clear that many of the bigwigs decided long ago who they wanted to represent you. They had narrowed it down to the same kinds of corporate candidates that they always run — with their ties to big banks, big law firms, and big money.

As a lifelong Democrat, I’ve always been proud to stand with our party. I started knocking doors for Democrats up and down the ballot in the 5th grade, when my dad was running for judge, and I never stopped. It’s still my favorite part of every election cycle, and it’s a tradition I’ve continued with my young children.

My candidacy has been based on a patriotic idea shared by people all over the nation: that we must do everything we can to be the change that we want. I was tired of seeing the Democratic Party put up the same kinds of candidates year after year–and then, when those candidates lost, return to the same old playbook. I knew there was a hunger for a new direction because I had the same hunger. I did not feel that the mainstream Democratic voter — the one who worries about paying for college for the kids, the one who is shocked by Donald Trump’s racism and corruption, the one who is terrified of the next hurricane season — was being represented.

And the record shows I was right. Our campaign has garnered an unprecedented amount of media coverage. We have a huge number of social media followers. We’ve eschewed PACs and corporate donors and reached out to small donors across Texas and the nation. If you’d like to join them in supporting our campaign, you can do so here.

In fact, this attack was launched only hours after our campaign announced that we had outraised the other candidates in 2018. Think that’s a coincidence?

This is not about policy. You’ll notice that not a single one of my positions, be it on health care, women’s rights, or repairing our infrastructure, is out of the Democratic mainstream. It’s a matter of people in Washington thinking that they, and not you, should decide who represents us.

Challenging the status quo is a matter of life and death — for people who need healthcare, and for people whose houses might very well flood again this summer, and for the women whose rights are being taken away one by one by one.

We’re in a national emergency. It’s not a time for high school shenanigans like quotes ripped out of context, doctored photos, and easily disproved allegations. It’s a time for leaders who understand the seriousness of this moment and who are ready to rise to the occasion.

I’m ready to be that leader.

Your friend in the fight,