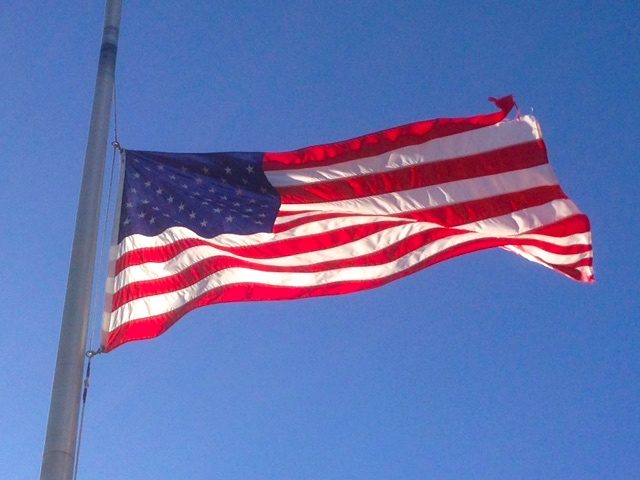 Since its founding the citizens of the United States have been quite comfortable with the killing and mass slaughter of other peoples’ children. From the ongoing genocide of the Native American population through violence, disease and introduced addictions on to the wars of empire waged in Cuba, Mexico, the Philippines, Central America, Vietnam, Cambodia and Laos. We continue to kill other peoples’ children with the casual selective blindness of industrialized for-profit warfare in Iraq (where our mercenaries continue to operate) and Yemin (where we supply the Saudi military with cluster bombs, intelligence and mid-flight fueling).

Through our participation — or lack of participation — in the politics and economy we have, each and every one of us,  approved the killing and maiming of other peoples’ children. Through our taxes we have paid for this ongoing evil. Through our votes — or lazy indifference — we perpetuate a corporate ruling class that increasingly looks to warfare and the tools of warfare to drive our Potemkin death economy. We have slept comfortably as children are routinely killed and maimed in our name.

In America we kill our children and we kill them violently and we are willing to do it over and over again and nothing in the existing political and economic structure will change that fact. Nothing.

Now — as we saw in Parkland, Florida — we are killing our own children. Last week’s shooting was the 18th school shooting of 2018. Think of that for a moment. Forty-seven days into the year and we had 18 school shootings. Even after the Dec. 14, 2012 massacre of twenty 6 and 7 year-old children in Sandy Hook we did nothing. Most of the members of congress who take their money and tout their “A” scores from the NRA who were in office then are in office today, including our local corporate democrat Rep. Ron Kind.

But, as they always do, the karmic scales have shifted and what we have done to others is now coming home; a stage experienced by all corrupt and crumbling empires throughout history.

It’s time to face the fact: in America we kill our children and we kill them violently and we are willing to do it over and over again and nothing in the existing political and economic structure will change that fact. Nothing.

Beyond the bullets in the classroom we are willing to kill off our children by gutting public education and not providing health care to all. We are perfectly comfortable knowing 20 percent of children in the United States go hungry every day. Instead of treatment centers and mental health services we build prisons for our new corporate for-profit prison system — an especially evil and pernicious ‘business’. Despite the highest infant mortality rate among western industrialized nations, the republican right will moralistically prattle on about saving the lives of the unborn only to callously abandon them once they are here.

It is a kind of cultural and collective moral suicide. All declining cultures eventually eat their young. The declining Incan and Mayan empires sacrificed their young. That is what we are now seeing here.

There is a name for it

Since last Friday’s shooting I have been humbled at the eloquence of many of the Parkland students who see the greed and have bravely called out the hypocrisy of our supposed leaders. If there is any hope for us it is with them: our children. We adults have failed and betrayed the children of our nation. Let us hope they can survive our myopic indifference.

Across the nation flags fly at half-staff. They do not just memorialize the innocents murdered in Florida last week, they mark the disgrace of what we have become at the great cost of what we could — and should — be.