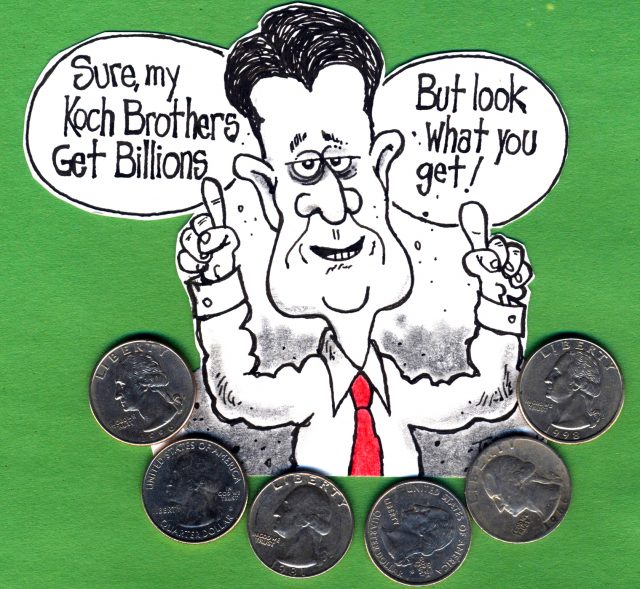 Worried that the partisan Nunes memo released Friday will undermine the FBI’s ability to do its job? Ryan is happy to remind you, ”The tax cuts are working.”

On Saturday, Ryan outdid himself again with a tweet bragging about the extra $1.50 a week that a Pennsylvania secretary is making thanks to the GOP legislation.

Ryan and his Republican allies are deeply opposed to increasing the minimum wage or making it easier for labor unions to organize.

“A secretary at a public high school in Lancaster, PA, said she was pleasantly surprised her pay went up $1.50 a week … she said [that] will more than cover her Costco membership for the year,” Ryan tweeted on Saturday.

The tweet refers to an anecdote about the secretary, Julia Ketchum, in an Associated Press article.

A dollar and 50 cents a week amounts to $78 a year. Although every little bit counts for Americans living paycheck to paycheck, an extra $78 a year is a very small amount of money by any standard.

To be fair, the $1.50 figure likely reflects Ketchum’s reduced tax withholding in her paycheck due to lower tax rates. As a result of increases in deductions, including a doubling of the standard deduction, she may also get more money back after filing her 2018 taxes next spring.

Ketchum’s experience nonetheless exemplifies a fundamental truth about the tax bill: The gains it provides ordinary people pale in comparison to the boost it gives the super-wealthy.

Middle-class households will, on average, see a $930 increase ― or 1.6 percent boost ― in after-tax income thanks to the GOP tax cut, according to the nonpartisan Tax Policy Center. 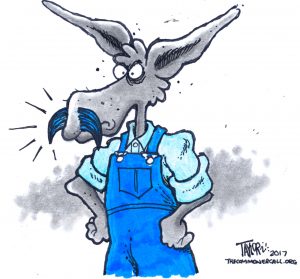 Paul Ryan, Iron Stache, And How #WithABuckFiftyAWeek Was Born: A Short Story

Republican Speaker of the House Paul Ryan was pilloried overnight and into Sunday morning after posting a tweet on Saturday—one he later deleted—bragging about the $1.50 per week a public school employee was “pleasantly surprised” to find in her paycheck following the passage of last year’s tax cuts which gave the nation’s corporations and richest people cuts worth millions, and in many cases billions, of dollars.

Back in his home district, Ryan’s 2018 Democratic challenger Randy Bryce, a progressive-minded ironworker with the moniker @IronStache, immediately leapt into action.

Bryce shamed the Speaker—whose political machine was showered with $500,000 in contributions from the billionaire Koch Brothers just days after the #GOPTaxScam was signed into law in December—by pointing out how the Kochs measure their tax windfalls in the billions of dollars, as opposed to quarters or dimes.

An analysis released by Americans for Tax Fairness last month showed that while the Kochs spent an estimated $20 million to promote last year’s tax bill, they stand to save between $1 billion and $1.4 billion in income taxes per year as a result of its passage. For the 2018 mid-terms, the Koch network is reportedly prepared to spend $400 million to back Republican candidates.

Not long after Bryce pointed some of this out, Ryan deleted the tweet. …