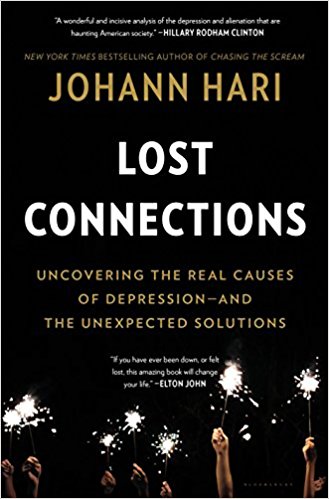 The United States is one of the most depressed countries in the world. Could it be because of the country’s adoption of neoliberal economic policies? We speak to Johann Hari, author of a controversial new book, “Lost Connections: Uncovering the Real Causes of Depression—and the Unexpected Solutions.”

He writes, “Junk food has taken over our diets, and it is making millions of people physically sick. A growing body of scientific evidence suggests that something similar is happening with our minds—that they have become dominated by junk values, and this is making us mentally sick, triggering soaring rates of depression and anxiety.”

In Finland, two thousand unemployed people are part of an experiment that could shape the future of the West. For the next two years, the government will give them the equivalent of 660 dollars a month — for free, no strings attached. It’s an idea called Universal Income and it’s got a lot of politicians and economists excited, and others worried about creating a society of freeloaders.

But what does it look like? VICE News travelled to deepest, darkest, coldest Finland to meet a father of six taking part in the experiment to see how its changed his life and speak to those who are critical of the trial.