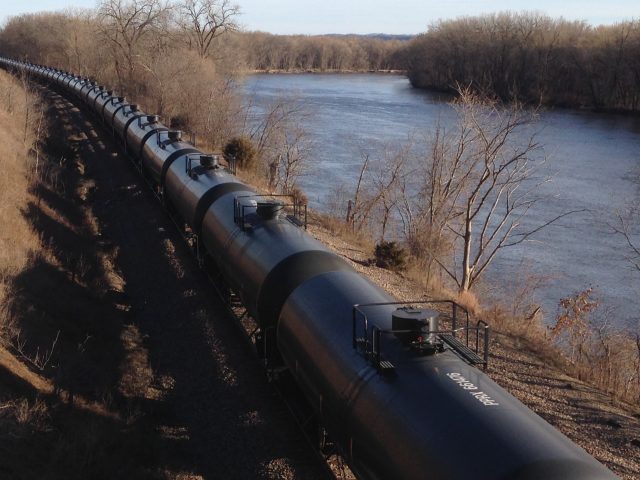 he most telling item in Donald Trump’s State of the Union address may have been what wasn’t there: any mention of climate change, the greatest problem the world faces. And just as telling was the fact that official Washington seemed barely to notice.

Understandably preoccupied with his vile attacks on immigrants (or cheering his ability to actually stay with one task for one hour), press, pundits, and other politicians treated the omission as not even worthy of note. The Democratic response from Representative Joe Kennedy didn’t touch on global warming, either, though it did avoid Trump’s oddly intimate ode to “beautiful clean coal”. This means many things, but for climate campaigners one of them should be patently clear: if we’re going to make progress on climate change it’s not going to come through Washington DC – not any time soon.

Even if Democrats manage to take back the House and Senate in the midterm elections, they wouldn’t be able to get meaningful legislation past Trump – and there’s nothing much to suggest they’d try very hard.

This fight is going aggressively local, and fast.

Winning those elections is crucial in other ways – it will help the effort to play defense on issues including the environment – but since global warming is an immediate battle with enormous consequences, we dare not wait for Washington to return to sanity.

And happily, we don’t have to.

The strategy that’s been evolving for US climate action – and for action in many other parts of the planet – bypasses the central governments as much as possible. That’s because the oil industry is strongest in national capitols – that’s where its money is most toxically powerful. But if frontal attack is therefore hard, its flanks are wide open.

Consider what happened in mid-January, for instance, when New York City declared war on the oil industry, pledging to divest its $200bn pension funds of fossil fuel stocks and announcing that it would sue the five biggest energy majors for the damage they knowingly inflicted by not ’fessing up to their knowledge of climate change.

New York City is not as big as the federal government, but it’s big enough: it’s got lawyers aplenty, and the resources to do real damage. And it won’t be alone. We’ve just launched a huge Fossil Free US campaign, designed to make sure there are a thousand New Yorks working on a thousand fronts.

It has three main components.

The first – joining in work pioneered by groups like the Sierra Club – is to persuade towns, cities, counties, and states to pledge to make the transition to 100% renewable energy. This is now easy and affordable enough that it doesn’t scare politicians – cities from San Diego to Atlanta have joined in, and they will help maintain the momentum towards clean energy that the Trump administration is trying so hard to blunt.

Job two is to block new fossil fuel infrastructure. In some places, that will be by law: Portland, Oregon, recently passed a bill banning new pipes and such, over the strenuous objections of the industry. In other places it will take bodies – tens of thousands have already pledged to journey to the upper midwest if and when TransCanada decides to build out the Keystone XL pipeline that Trump has permitted.

And third is to cut off the money that fuels this industry – by divestment, which has now begun to take a real and telling toll ($6tn worth of endowments and portfolios have joined the fight, and studies show it is cutting the capital companies need to keep exploring for oil we don’t), and by the kinds of lawsuits that New York, San Francisco and a host of other cities have already filed.

Those actions keep the industry off balance, affecting its future plans and weakening its balance sheet even as solar and wind get cheaper all the time. If you want a shorthand version: Sun, Sit (in) and Sell/Sue.

Yes, it would be easier if the country, and the planet, were acting together – if Washington were leading the fight the way the planet’s superpower obviously should. But since it isn’t, the pressure will find other outlets.

This fight is going aggressively local, and fast.

Democrats Lack A Bold National Climate Change Plan In The Trump Era, And It Shows

When Republicans began crusading last year to dismantle the Affordable Care Act, progressive Democrats ― and centrists with 2020 presidential ambitions ― countered with a push for Medicare for all. The proposal, though unattainable in this political moment, outlined a clear vision for the party and offered voters a sweeping sense of what is possible.

If you think the partisan divide over health care is intense, it’s even worse when it comes to climate change. Republicans are the only major political party in the developed world to question the scientific realities of manmade global warming as a platform issue. Yet Democrats, at least on a national level, remain scattered, without a strategy to deal with what they regularly call the most pressing issue of a lifetime.

At no point was this more clear than on Tuesday. In the first of two back-to-back snubs, Democrats on the Senate Committee on Environment and Public Works spent comparatively little time grilling Environmental Protection Agency Administrator Scott Pruitt on climate change during his first appearance before the panel since his confirmation nearly a year ago. They chose instead to focus on local pollution issues.

Democrats’ kids-gloves approach to climate change is baffling in 2018. Last year was the second-hottest on record. Hurricanes and wildfires devastated densely populated coastal areas and huge swaths of the West, causing a record $306 billion in damages. And a historically unpopular president spearheaded an all-out assault on climate science, instigating witch hunts and censorship in agency ranks, showering polluters with taxpayer money and vowing to withdraw from a global emissions deal signed by every other nation on Earth, even Syria and North Korea. …

One problem: Exxon isn’t pumping as much oil as it used to following years of budget cuts forced by the crash in crude prices. The company’s overall production dropped 3% in 2017.

One problem: Exxon isn’t pumping as much oil as it used to following years of budget cuts forced by the crash in crude prices. The company’s overall production dropped 3% in 2017.

Exxon said the federal tax law enacted by President Trump in December gave the company a non-cash earnings gain of $5.9 billion. That’s because the corporate tax rate has been lowered from 35% to 21%. Like other companies, the reduced rate allowed Exxon to write down the amount of money it owed Uncle Sam in the future, known as deferred income taxes.

Exxon said the federal tax law enacted by President Trump in December gave the company a non-cash earnings gain of $5.9 billion. That’s because the corporate tax rate has been lowered from 35% to 21%. Like other companies, the reduced rate allowed Exxon to write down the amount of money it owed Uncle Sam in the future, known as deferred income taxes. …

No new coal, oil or gas projects anywhere.
A just transition to 100% renewable energy for all.