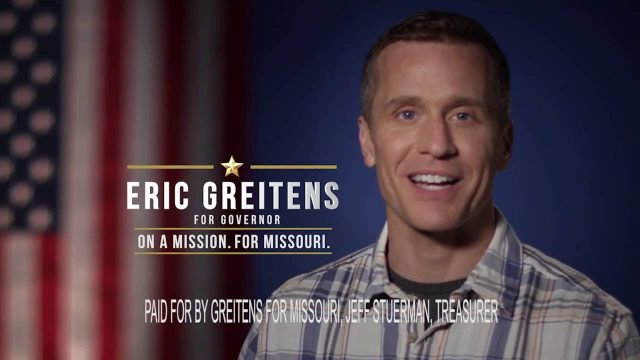 018 is off to a rough start for the Missouri governor Eric Greitens. The former Navy seal, Rhodes scholar, White House fellow and humanitarian is accused of taping up his mistress and photographing her naked to blackmail her from speaking about their affair. While he admitted the affair, he denies the blackmail allegations.

But his White House aspirations appear to be dwindling by the day. Speaking with lawmakers and Missourians over the holiday weekend, VICE News found that allegations aside, there are plenty of other reasons Missourians hate Greitens. In just one year in office, he made it more difficult for workers to win discrimination lawsuits , introduced further abortion restrictions  and allowed Republican legislators to roll back the minimum wage  in St. Louis from $10.00 per hour to $7.70. Almost everyone we spoke with took issue with the Governors lack of transparency and dark money donors.

On Tuesday, several Republican state legislators called for his resignation. Senator Rob Schaaf, a Republican from Saint Joseph, addressed the governor from the Senate Floor: “It was going to be hard enough without the allegations, but you have made governing impossible,” he told the quite chamber. “Governor I’m asking you, please resign.”