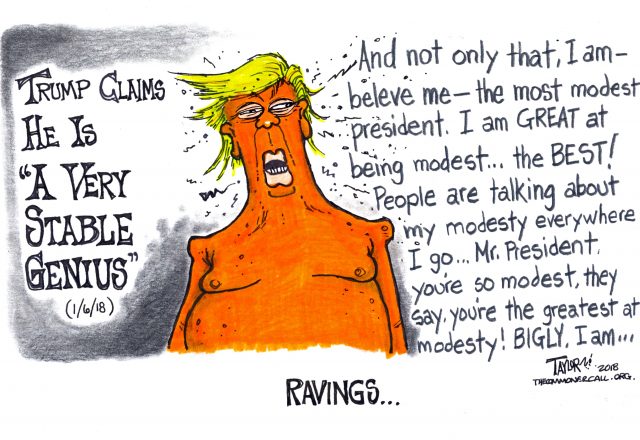 The longer Donald Trump is in office, the more he shocks and alarms us with his strange and extremely unpresidential behavior.

From the incoherent, fallacious interview he gave the New York Times on December 28 to Tuesday’s tweet about his “nuclear button” to his Saturday morning assertion that he is a “very stable genius,” the remarks keep getting more menacing, bizarre, and portentous of disaster.

As Vox’s Ezra Klein recently wrote, “The president of the United States is not well.”

But how unwell is he, really? Could the behavior be caused by some illness eating away at his mental capacity, or is it just bad behavior?

This is a question of crucial importance, not just because the vice president and the Cabinet (or Congress) would need certainty about his mental incompetence to invoke the 25th Amendment and declare him unable to do his job — an option that, while still highly unlikely to be used, is now regularly being discussed. 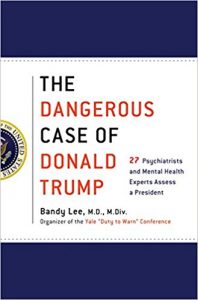 All of these actions are consistent with the pathological pattern he has already shown of resorting to violence the more he feels threatened.

Of course, the question of his mental health would ultimately come down to a medical opinion. And no doctor, as far as we know, has evaluated the president’s mind for fitness to serve as president.

Yet there is a growing call from a group of psychiatrists — the best medical experts at interpreting aberrant human behavior — for exactly this: an emergency evaluation of the president’s mental capacity, by force if necessary.

Leading this call is Bandy Lee, an assistant professor in forensic psychiatry (the interface of law and mental health) at the Yale School of Medicine who has devoted her 20-year career to studying, predicting, and preventing violence.

She recently briefed a dozen members of Congress — Democrats and one Republican — on the president’s mental state. And this week, she, along with Judith Herman at Harvard and Robert Jay Lifton at Columbia, released a statement arguing that Trump is “further unraveling.” The Dangerous Case of Donald Trump, a collection of essays from 27 mental health professionals that Lee edited, was published in October.

These efforts have not been welcomed by all of Lee’s colleagues in psychiatry — some say her warnings are unethical and break the Goldwater Rule, the American Psychiatric Association’s stipulation that its members never publicly discuss the mental health of a public figure. One esteemed fellow psychiatrist accused her in the prestigious New England Journal of Medicine of having “misguided and dangerous” morality.

I caught up with Lee recently by phone to talk about why she believes Trump is so dangerous, what an evaluation would entail, the president’s upcoming physical exam on January 12, and why she thinks it’s her ethical duty to educate the public and lawmakers about the option of containing the president against his will to do a psychiatric evaluation. …

Scores of psychiatric professionals say the latter. Some of their peers — and a large number of laymen — have insisted that the matter can only be settled by a psychiatrist who has personally, privately evaluated the president. That argument has always struck me as nuts.

There is no diagnostic blood test or brain scan for narcissistic personality disorder; there’s just a list of observable traits. A mental-health professional simply studies a patient’s modes of reasoning and patterns of behavior, and assesses whether they fit the checklist of symptoms for NPD. It’s absurd to believe that a psychiatrist who has spent a couple of hours talking to a patient in an office is qualified to make this diagnosis — but one with access to hundreds of hours of a patient’s interviews and improvisatory remarks, along with a small library’s worth of biographical information and testimonials from his closest confidants — is not. To insist otherwise is to mystify psychiatric practice; it’s to pretend that there is some shamanistic knowledge that mental-health professionals can only access once you provide them with a co-pay. 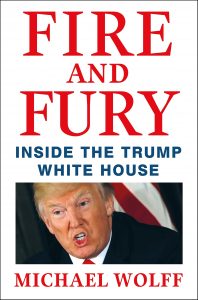 If a middle-school boy displayed Donald Trump’s level of impulse control in the classroom, there is little question that he would be considered psychologically unhealthy.

Further, whether we choose to label any given psychological profile a “disorder” is always, on some level, a value judgement about what it means to function healthily in our society. If an inability to concentrate on tests can qualify one for psychological dysfunction, then it’s hard to see why Trump’s manifest incapacity to subordinate his hunger for affirmation and attention to basic social norms would not. If a middle-school boy displayed Donald Trump’s level of impulse control in the classroom, there is little question that he would be considered psychologically unhealthy.

Regardless, in recent weeks, concerns about the commander-in-chief’s cognition have turned to the more mundane, and objectively determinable, question of neurological decline. The president’s slurred speech when announcing his decision to recognize Jerusalem as Israel’s capital; the exceptional incoherence of his most recent interview with the New York Times; and increasingly erratic (and Freudian) tweets all brought our president’s frontal lobe to the forefront of public discourse.

And then Michael Wolff started telling us what he’d learned while hanging around the West Wing last year. Having won the administration’s trust (possibly with the aid of these horrendous, anti-anti-Trump think pieces) the reporter was given extraordinary access to the president’s closest advisers. On Thursday in the Hollywood Reporter, he added a few new details to the emerging portrait of our president’s mental state …

The Potential Threat Of Trump’s State Of Mind

Pause for a moment, and really let this sink in. The President of the United States this morning declared he’s notmentally unstable, and in fact is a genius: “Actually, throughout my life, my two greatest assets have been mental stability and being, like, really smart. … I think that would qualify as not smart, but genius….and a very stable genius at that!”

Nothing like this has ever been uttered in public by a sitting president in the existence of our nation. Nothing. And it puts us in uncharted waters:

Yesterday, Jim and I shared with you the parts of Michael Wolff’s book that ring true based in our conservations with many of the same sources. We want to take a crack at painting a composite of what those sources say on this topic in private …