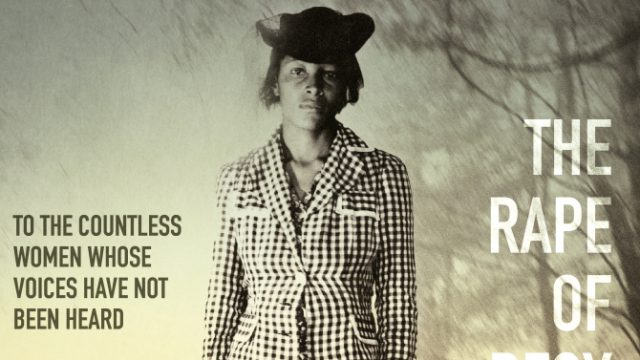 A new film [The Rape Of Recy Taylor] looks at the 1944 gang rape of Recy Taylor, a 24-year-old black mother and sharecropper. Following the rape, she refused to be silenced and spoke up with help from the NAACP’s chief rape investigator Rosa Parks. When Parks went to interview Taylor, the local sheriff kept driving by the house and eventually burst in, threatening Parks with arrest if she didn’t leave town. Parks left and then launched the Alabama Committee for Equal Justice for Mrs. Recy Taylor, triggering a movement to seek justice 11 years before Parks became a civil rights hero for refusing to give up her bus seat to a white man, launching the Montgomery bus boycott.

We speak with the film’s director, Nancy Buirski, and with Yale historian Crystal Feimster, author of “Southern Horrors: Women and the Politics of Rape and Lynching.”

Link to Story and 17-Minute Video

Recy Taylor, the black woman from Alabama who bravely came forward in the 1940s against her white attackers, passed away on Thursday morning. She was 97 years old.

Taylor’s brother, Robert Corbitt, told NBC News that she died in her sleep at a nursing facility in her hometown of Abbeville. Taylor, who is survived by Corbitt along with two sisters, a granddaughter and multiple great-grandchildren, would have been 98 on Sunday. Her daughter Joyce Lee Taylor tragically died in a car accident in 1967.

Corbitt told NBC that his sister was “a brave woman and a fighter” who made sure her voice and story were heard.

“It is Recy Taylor and rare other black women like her who spoke up first when danger was greatest.”

Taylor’s story made national news in 1944 when she was kidnapped at gunpoint and brutally raped by six white men. The then-24-year-old was walking home to her husband and young daughter after a late church service. After the men kidnapped Taylor and assaulted her for several hours, they left her blindfolded on the side of the road.

Despite the threats against her life, Taylor and her family immediately went to the police.

About a month after the attack, six of the men said they were willing to pay Taylor $100 each if she “would forget” about the gang rape. She declined the money.

Her case was later taken up by the National Association for the Advancement of Colored People (NAACP). Rosa Parks, who was an advocate for black female victims of sexual violence at the time, was assigned to be the lead investigator on Taylor’s case. Parks herself had been a victim of an attempted rape by a white man in 1931 and began her career as an anti-rape activist. She took Taylor’s case 12 years before her iconic refusal to give up her bus seat in Montgomery, Alabama. …

The Commoner Call Website Has An Archive Of Great Documentary Films. You Can Access the Archive For Reviews And Links To Many Of The Videos, HERE.