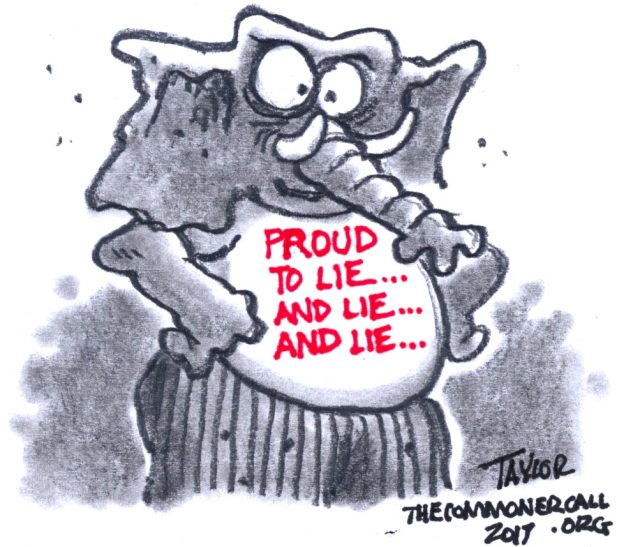 Republicans continue to use long-debunked myths [lies] about the poor as they defend lower taxes for the rich and deep cuts to the social safety netto pay for them. In so doing, they are essentially expressing scorn for working class and low-income Americans.

Sen. Chuck Grassley, for example, recently justified reducing the number of wealthy families exposed to the estate tax as a way to recognize “the people that are investing, as opposed to those that are just spending every darn penny they have, whether it’s on booze or women or movies.”

Similarly, Sen. Orrin Hatch raised concerns about funding certain entitlement programs. “I have a rough time wanting to spend billions and billions and trillions of dollars to help people who won’t help themselves, won’t lift a finger and expect the federal government to do everything,” he said.

To begin with, all working adults have been children, will someday be old and, at any time, might face calamities that take them out of the workforce. The safety net exists to rescue people during these vulnerable periods.

These statements, the likes of which I expect we’ll all hear more of in coming months, reinforce three harmful narratives about low-income Americans: People who receive benefits don’t work, they don’t deserve help and the money spent on the social safety net is a waste of money.

Based on my research and 20 years of experience as a clinical law professor representing low-income clients, I know that these statements are false and only serve to reinforce misconceptions about working class and poor Americans.

Most welfare recipients are makers not takers

The first myth [lie], that people who receive public benefits are “takers” rather than “makers,” is flatly untrue for the vast majority of working-age recipients.

Consider Supplemental Nutrition Assistance Program benefits, formerly known as food stamps, which currently serve about 42 million Americans. At least one adult in more than half of SNAP-recipient households are working. And the average SNAP subsidy is $125 per month, or $1.40 per meal – hardly enough to justify quitting a job.

As for Medicaid, nearly 80 percent of adults receiving Medicaid live in families where someone works, and more than half are working themselves.

In early December, House Speaker Paul Ryan said, “We have a welfare system that’s trapping people in poverty and effectively paying people not to work.”

Not true. Welfare – officially called Temporary Assistance to Needy Families – has required work as a condition of eligibility since then-President Bill Clinton signed welfare reform into law in 1996. And the earned income tax credit, a tax credit for low- and moderate-income workers, by definition, supports only people who work.

Workers apply for public benefits because they need assistance to make ends meet. American workers are among the most productive in the world, but over the last 40 years the bottom half of income earners have seen no income growth. As a result, since 1973, worker productivity has grown almost six times faster than wages.

In addition to wage stagnation, most Americans are spending more than one-third of their income on housing, which is increasingly unaffordable. There are 11 million renter households paying more than half their income on housing. And there is no county in America where a minimum wage worker can afford a two-bedroom home. Still, only 1 in 4eligible households receive any form of government housing assistance.

Society should support these people out of basic decency, but there are self-interested reasons as well. To begin with, all working adults have been children, will someday be old and, at any time, might face calamities that take them out of the workforce. The safety net exists to rescue people during these vulnerable periods. Indeed, most people who receive public benefits leave the programs within three years.

Moreover, many public benefits pay for themselves over time, as healthier and financially secure people are more productive and contribute to the overall economy. For example, every dollar in SNAP spending is estimated to generate more than $1.70 in economic activity.

Similarly, Medicaid benefits are associated with enhancing workopportunities. The earned income tax credit contributes to work rates, improves the health of recipient families and has long-term educational and earnings benefits for children.

What the needy deserve

The second myth [lie] is that low-income Americans do not deserve a helping hand.

This idea derives from our belief that the U.S. is a meritocracy where the most deserving rise to the top. Yet where a person ends up on the income ladder is tied to where they started out.

Indeed, America is not nearly as socially mobile as we like to think. Forty percent of Americans born into the bottom-income quintile – the poorest 20 percent – will stay there. And the same “stickiness” exists in the top quintile.

As for people born into the middle class, only 20 percent will ascend to the top quintile in their lifetimes.

The third myth is that government assistance is a waste of money and doesn’t accomplish its goals.

In fact, poverty rates would double without the safety net, to say nothing of human suffering. Last year, the safety net lifted 38 million people, including 8 million children, out of poverty.

The facts of welfare

In trotting out these myths [lies], Republican lawmakers are also tapping into long-standing racist stereotypes about who receives support. For instance, the “welfare queen” – a code word for an African-American woman with too many children who refuses to work – is a fiction.

The facts of welfare are that most recipients are white, families that receive aid are smaller on average than other families and the program requires recipients to work and is tiny in relation to the overall federal budget – about half a percent. Yet, the welfare queen is an archetype invoked to generate public antagonism against the safety net. Expect her to make frequent appearances in the months to come.

Americans should demand fact-based justifications for tax and [earned benefit] entitlement reforms. It is time to retire the welfare queen and related tropes that paint needy Americans as undeserving.

(Articles from The Conversation can be republished for free, online or in print, under Creative Commons license.) 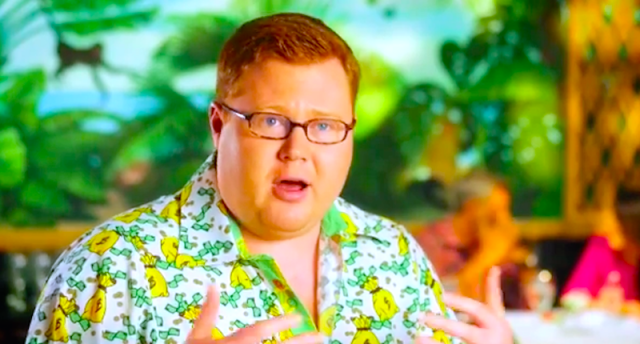 After congressional Republicans approved a tax plan on Wednesday that gives massive tax breaks to corporations and wealthy Americans while raising taxes on working families, the son of billionaire Bill Koch, emerged as the face of those who will benefit from the scheme while it turbocharges inequality and lays the groundwork for a massive assault on the social safety net, public education, and other vital programs.

Thanks to the GOP’s tax plan, which doubles the estate tax exemption “from $5.49 million per individual to about $11 million,” according to CNBC, the offspring of millionaires and billionaires—like Wyatt Ingraham Koch and the children of President Donald Trump—will pay millions less in taxes on their inheritance when their rich parents die. Wyatt’s father is worth about $1.69 billion, and Bill Koch—the brother of long-time right-wing political donors Charles and David—has spent millions on federal lobbying for gas and oil issues.

RoseAnn DeMoro, executive director of National Nurses United, the nation’s largest union and professional association of nurses, tweeted a now widely-shared video featuring Wyatt Koch along with a list of some programs that will experience cuts because of the GOP tax plan.

The young Koch—who counts among his favorite things “playing tennis at Mar-a-Lago“—according to Vanity Fair, “runs an eponymous Palm Beach-based clothing brand called Wyatt Ingraham, which sells button-up shirts in patterns you may find on a Goldman Sachs middle manager at a Southampton Fourth of July party when he wants to ‘let loose.'” One such shirt is “festooned with actual money bags.”