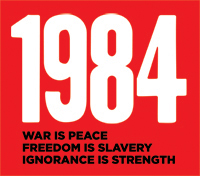 “It’s a beautiful thing, the destruction of words.”

Comedian George Carlin famously invented the seven words you cannot say on television, but it appears that it took Donald Trump becoming president to learn what seven words scientists and advisors at the Centers for Disease Control and Prevention are no longer allowed to say or write in their official capacities.

Government watchdogs, women’s health advocates, lawmakers, and scientists are up in arms on Saturday after it was reported that President Donald Trump’s CDC has created and distributed a list of seven “forbidden” words, including: “transgender,” “science-based,” “diversity,” and “fetus.”

The Washington Post, which was the first to break the story, reports:

Policy analysts at the [CDC] in Atlanta were told of the list of forbidden words at a meeting Thursday with senior CDC officials who oversee the budget, according to an analyst who took part in the 90-minute briefing. The forbidden words are “vulnerable,” “entitlement,” “diversity,” “transgender,” “fetus,” “evidence-based” and “science-based.”

In some instances, the analysts were given alternative phrases. Instead of “science-based” or ­“evidence-based,” the suggested phrase is “CDC bases its recommendations on science in consideration with community standards and wishes,” the person said. In other cases, no replacement words were immediately offered.

In addition to numerous public interest groups, Democratic lawmakers were among the incredulous.

NARAL Pro-Choice America was among those decrying the news, the latest evidence of the Trump administration’s blatant disregard for scientific integrity. Kaylie Hanson Long, the group’s national communications director, compared it to something out of Margaret Atwood’s dystopian novel, A Handmaid’s Tale, which she said was being used Trump and Vice President Mike Pence were using the work of fiction instead as “a playbook” in order to push their far-right ideologies.

“Forbidding scientists and researchers from using medically accurate terminology in order to push an extreme, ideological agenda is more ‘dystopia’ than ‘United States of America,'” Long said in a statement. “This latest move from the Trump administration amounts to yet another backdoor tactic to curtail Americans’ basic rights and freedoms, including the right to access abortion, and will put lives in real danger.”

Dana Singiser, vice president of public policy and government relations for Planned Parenthood, described it as “unimaginably dangerous” for the CDC to forbid its scientists and staff “from speaking about things essential to Americans’ health. This edict doesn’t just mean a change in vocabulary. It means the Trump-Pence administration is trying to make a radical change in the focus of the entire agency.”

And Michael Halpern, an expert on political interference in science and the deputy director at the Union of Concerned Scientists, also expressed alarm over the Post‘s reporting. Especially troubling to Halpern was that top officials had suggested that instead of putting primary emphasis on science, staff should write that “the CDC bases its recommendations on science in consideration with community standards and wishes.”

“It’s quite obvious that good public health policy is not based on wishes,” Halpern wrote in a Saturday UCS blog post.

According to Halpern, it is now up to CDC Director Brenda Fitzgerald to speak up loudly and clearly in response to the reporting on the existence of a “forbidden” words list.

“CDC research and initiatives have direct impact on public health and safety for all populations—including and especially those who are most vulnerable to public health threats,” concluded Halpern. “Effectively tackling public health challenges means being honest and open about risks and who faces these risks. To prevent the agency from losing its legitimacy, CDC Director Fitzgerald must speak up now to reinforce the centrality of science to the agency’s work.”

“But if thought corrupts language, language can also corrupt thought.”