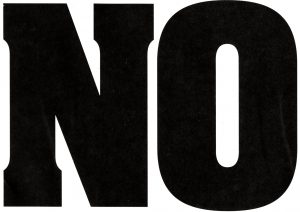 LONDON — Dog lovers tend to find each other in life for the rest of humanity is, after all, suspect. On a long flight recently, I fell into a conversation with a woman about dogs. It turned into a conversation about disobedience, and the world’s current need for it.

When immense power is in erratic and belligerent hands, as it is today in the United States, the readiness of subordinates to disobey becomes critical. “Befehl ist befehl” — an order is an order — was the German principle that enabled the Nazis’ industrialized mass murder.

The woman had been training her pet to become a guide dog. The dog did well until the phase of training dedicated to learning disobedience. A dog trained to lead a blind person needs to refuse orders if the direction received would lead into the path of a car, or onto a subway track, or over a precipice.

Disobedience may stand between humanity and Armageddon. The last thing we need is everyone saluting.

Her dog had failed this part of the training and became depressed. Dogs are naturally joyous. Seeing them listless is hard. We talked about feeling bad for your dog — a vast subject to dog lovers.

But the story of this dog’s failure was also reassuring. It suggested that disobedience is a higher cognitive skill than obedience, and affirmed how essential it can be. (One of the worrisome things about drones is that they won’t disobey.)

Jim Kutsch, the president of The Seeing Eye in Morristown, N.J., the nation’s oldest organization training guide dogs for the blind, told me recently: “In all other cases, the human gives a command and the dog is expected to obey that command.” He continued, “In the case of the Seeing Eye dog, the dog is obligated to decide whether the command makes sense. The dog needs to stand still, or turn left or right, and lead me away from danger.”

Over months of training, dogs are taught to problem solve rather than obey commands. They are shown the dire consequences of unswerving obedience. Of course, as Kutsch put it, “There has to be a serious reason for the dog to invoke intelligent disobedience.”

The world spent the first half of the 20th century learning the moral and legal centrality of disobedience for the preservation of civilization. At a time when President Trump talks about the United States being “locked and loaded,” betrays a fascination with nukes, shows contempt for the law, and equates American greatness with American military power above all (compare what’s happening to budgets at the State Department and the Pentagon), a reminder is in order.

In the early 20th century the “Führerprinzip” (or leader principle) held wide sway. It dictated absolute obedience to the leader over concerns of right and wrong….