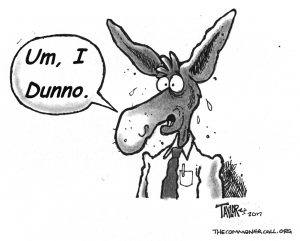 “Democrats are basically science deniers,” George Lakoff says. “They’re denying the truth discovered in neuroscience and cognitive science.” Harsh words, coming from a lifelong liberal Democrat. But the famed UC Berkeley cognitive linguist thinks his party desperately needs a wake-up call. If they’d listened to him, he says, Donald Trump would not be president.

As the election approached, Lakoff was looking forward to retirement. He’d been a professor at Berkeley for the better part of 50 years; he’d published countless peer-reviewed papers; he’d written or coauthored a dozen books. And he’d made a mark on Democratic politics: After John Kerry’s 2004 defeat, the party turned to him for help on messaging, and some say his expert advice helped get Obama elected. After Hillary’s inevitable 2016 victory, his plan was to do tai chi in his garden, spend time with his family, and work on various projects. But she didn’t win. And so Lakoff felt he had to dive back into the fray. It was, he says, a “moral obligation.”

For decades, Lakoff had been thinking and talking about starting a Democratic think tank to rectify what he sees as a glaring expertise gap between the two parties on framing their messages. Trump’s victory inspired him to finally do it. His first step was to find a political insider who could bring real-world moxie to his mission. Enter political consultant Gil Durán—a renowned workhorse and one of the most influential behind-the-scenes operators in California politics. As a former spokesman for Jerry Brown, Dianne Feinstein, and Kamala Harris, Durán possesses a scrappy skill set that complements Lakoff ’s big ideas. Before they started working together, Lakoff wrote that it was impossible to tweet an analysis of Trump’s victory. “I was like, ‘You wanna bet?’” Durán says. “If it don’t fit into a tweet, it ain’t nothin’.” In weeks, he grew Lakoff’s social media presence tenfold.

Republicans understand marketing and repeat their core messages frequently and convincingly. Democrats, who often have backgrounds in the humanities, mistakenly think rational arguments will convince voters, when what they need to do is repetitively communicate their core values as effectively as Republicans do.

Lakoff and Durán are pursuing a two-track strategy to transform progressive messaging. They’ve started a for-profit consultancy called FrameLab, which has had a handful of high-profile clients like the Environmental Defense Fund. And they’ve begun work on their think tank, an online hub tentatively called the Citizens’ Communication Network, which will disseminate Lakoff ’s ideas to individuals and liberal organizations via communications resources such as graphics, live streams, and Q&As. They’re currently approaching deep-pocketed left-wing donors for funding; their fallback plan is to fund the CCN with the profits from FrameLab.

Lakoff is best known for his theory of “framing,” most famously laid out in his 2004 book Don’t Think of an Elephant! His idea is that for reasons embedded in the brain, the way a message is communicated is as important as its content. Republicans, he asserts, are masters at framing; Democrats are miserable at it. Because they often have backgrounds in business, Republicans understand marketing and repeat their core messages frequently and convincingly. Democrats, who often have backgrounds in the humanities, mistakenly think rational arguments will convince voters, when what they need to do is repetitively communicate their core values as effectively as Republicans do.

Lakoff says that Hillary Clinton’s losing campaign proves his point. “The Clinton campaign didn’t listen to any of my findings, and they made every possible mistake,” he says from his Berkeley Hills home. Trump repeated a few simple, memorable phrases over and over again: “Make America Great Again,” “Build the wall,” “Drain the swamp.” By contrast, Clinton’s campaign slogan, “Stronger Together,” was a lukewarm appeal to our better angels, while her campaign’s sole repetitive message, “I’m with Her,” evoked solidarity with women more than loyalty to country. Which turned out not to be a winning move.

Lakoff ’s larger point is that Democrats have failed to communicate the fundamental truths that underlie the liberal worldview. Exhibit A, he says, is that they never hammer home the fact that “the private depends on the public.” From the beginning, Lakoff argues, individual freedom, which Republicans constantly invoke, has been dependent on public resources like roads, the Federal Reserve, and so on. Because Democrats almost never make this foundational point, they allow Republicans to present themselves as the party of freedom. “The Democrats are the real party of freedom and need to say it,” Lakoff says.

Other Lakoff suggestions include replacing the word regulations, which has coercive connotations, with protections; calling workers “profit creators”; and reframing “pro-choice”—which fails to activate the same core-value passion that “pro-life” does— as “freedom from reproductive coercion.” Lakoff’s prescriptions aren’t easy to categorize. Many do not roll off the tongue. (“Profit creators, unite!”) And if some centrist Democratic consultants would quail at the idea of calling out corporate America as directly as Lakoff advocates, other key constituencies would doubtless have problems with his critique of identity politics. In a 2016 blog post called “Understanding Trump,” he wrote, “Give up identity politics. No more women’s issues, black issues, Latino issues. Their issues are all real, and need public discussion. But they all fall under freedom issues, human issues. And address poor whites! Appalachian and Rust Belt whites deserve your attention as much as anyone else.”

But there’s compelling evidence that his general theory is valid. Elisabeth Wehling, a cognitive scientist who’s worked with Lakoff for the better part of a decade, points to a 2011 Stanford study that presented participants with an article about crime, changing only a single metaphor. In one piece, crime was referred to as a “beast”; in the other, it was referred to as a “virus.” Those who read that crime was a beast were nearly 20 percent more likely to suggest greater law enforcement than those who read that crime was a virus. In each case, the participants believed they had made their decision solely based on the statistics provided. “To this day, people in politics do not take framing seriously enough,” Wehling says. “They fail to see that there is no such thing as factual reasoning.”

How the republicans do it

Lakoff believes that Republicans actually grasp this truth far better than Democrats. For decades, he has been warning that Democrats have nothing that rivals the Arlington-based Leadership Institute, an influential think tank and communications center that has taught more than 190,000 conservatives, including Mitch McConnell and Mike Pence, how to talk about the rightwing policy slate in a way that will compel voters. The institution, Lakoff says, has run a brilliant indoctrination campaign that “for decades” has influenced massive media conglomerates like the Sinclair Broadcast Group and “built up a superstructure that allowed Trump to say ‘Build the wall.’”

Lakoff believes that creating a liberal version of the Leadership Institute is the most important thing Democrats can do. “My wife says, ‘Why are you letting Trump ruin your life? Why don’t you just do other things?’” Lakoff says. “But these are times when you can’t do that.” 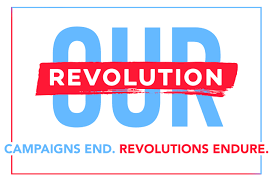 2020 and the Fight Within the Democratic Party

Our Revolution President Nina Turner talks with Paul Jay about the struggle within the Democratic Party in the lead-up to the 2020 elections.