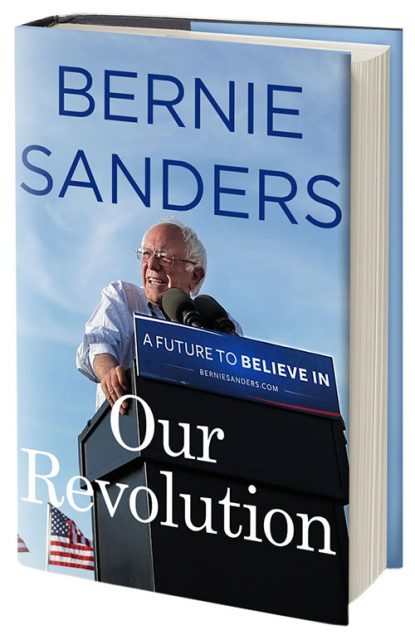 Bernie Sanders whipped up a crowd of 1,300 people in Dayton, Ohio on Saturday, voicing strong opposition to the tax bill that U.S. Senate Republicans passed 10 hours earlier, in a near campaign-style rally, the Dayton Daily News reported.

Sanders is on a 3-day, four city “Protecting Working Families” tour with MoveOn.org and the “Not One Penny” coalition.

“This legislation goes well beyond taxes,” Sanders wrote in an email that was sent to supporters last Monday. “Mark my words. If passed, the Republicans will then rediscover the ‘deficit crisis,’ and push aggressively for massive cuts in Social Security, Medicare, Medicaid, education — higher education in particular — nutrition, affordable housing and more.”

“That is why I am going on the road this week to talk directly to working people,” Sanders added.

The senator and former Democratic presidential candidate called the bill “a moral outrage” and “class warfare,” saying that Republicans are “looting the federal government” to give tax breaks to people who don’t need them.

“The legislation passed last night gives incredibly large tax breaks to the very, very wealthy, it raises taxes on millions of middle-class families, it leaves 13 million more Americans without health insurance, it raises health insurance premiums by 10 percent a year, and it raises the deficit by $1.4 trillion,” Sanders said.