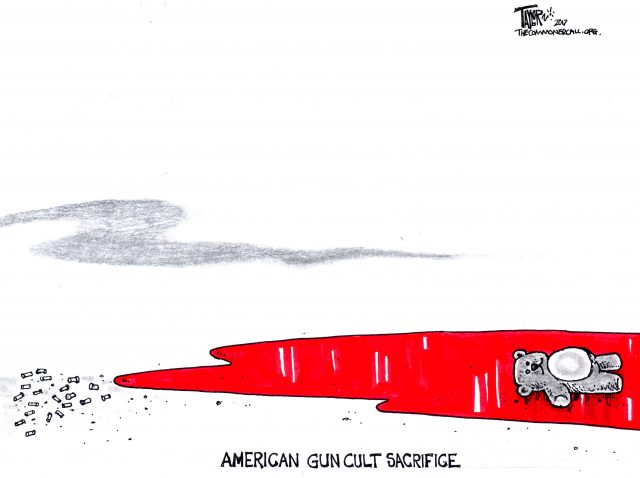 Sherrie Lawson was in a meeting when she heard the gunshots.

Because she was on a Navy installation where firearms were heavily restricted, Lawson assumed the loud bangs were the sound of people dropping tables or chairs.

Less than a minute later, when more shots rang out, she and her colleagues realized something was wrong. People ran by, shouting about a shooter on the grounds. Lawson joined the crowd and they ran, trying to get away from the sounds of gunfire.

Soon they found themselves in an alley, facing an eight-foot brick wall. Lawson scaled it with the help of her colleagues. Minutes later, the gunman shot and killed someone in that alley. He had been behind Lawson’s group.

“It didn’t make a lot of sense to me until later, when I was kind of given a timeline of what happened,” Lawson said. “Why the gunshots were so loud in my experience, and why I felt he was right there.”

Four days after the shooting, Lawson got on the bus to return to the Navy Yard, in southeast Washington, D.C., and get her laptop. When she reached her stop, she realized she couldn’t get off the bus. She stayed on for a few more stops, then got off, walked to the middle of the sidewalk and burst into tears.

“I think that was the first time it all just kind of hit me,” she said.

The procedure for the aftermath of a mass shooting is by now depressingly familiar. News stories list the number of dead, the number of wounded, the status of the gunman, the timeline of events. In the Washington Navy Yard shooting, which happened in September 2013, 12 people were killed and eight were injured.

Yet these tallies don’t account for hundreds, perhaps thousands, of other people directly involved in these events. Most people who are present during a mass shooting are not physically injured. Most do not die. But that doesn’t mean they emerge unscathed.

In the aftermath of a mass shooting, a nation’s sympathies and fundraising dollars are directed toward those who died or were physically injured. Meanwhile, people like Lawson are left grappling with guilt and shame over wanting to ask for extra help, even as they are swarmed by psychological symptoms.

“It feels very selfish as a physically uninjured survivor to ask for resources when others died or were shot, which is one of the reasons why this group of people goes without,” said Lisa Hamp, a survivor of the 2007 Virginia Tech shooting. “We stay quiet because we realize how lucky we were, and how much worse others have it.”

On April 16, 2007, Hamp was barricaded in a classroom in Virginia Tech’s Norris Hall while a gunman fired at the door and pushed to get inside. Hamp and a few of her classmates were on the other side, pushing against the door to keep him out. The shooter ultimately killed 32 people that day, and then himself.

Staying quiet has its costs. …

Dozens of gun violence survivors and family members of victims traveled to Capitol Hill this week to try to convince lawmakers to pass a bill that would tighten loopholes in the background check system for people who buy firearms.

Supporters of the legislation want to keep guns out of the hands of more criminals, domestic abusers and people who are mentally ill. They say that might have made a difference last January, when a gunman in Tucson, Ariz., killed six people and wounded 13 others, including U.S. Rep. Gabrielle Giffords. Jared Loughner, who has been charged in the shooting, is being treated after he was found not mentally competent to stand trial.

On Tuesday, the Senate hearing room fell silent when Patricia Maisch began to talk. She wrestled a clip of ammunition away from Loughner on a sunny day in Tucson earlier this year, and she says her life hasn’t been the same since.

“Changing the past is impossible, no matter how desperately we want to change it,” Maisch told lawmakers. “But it would be a pitiful shame if no action were taken to change the future.”

“How much more pain, how much more sorrow, how many more deaths by guns must we endure before we do something?”

Maisch asked a Senate Judiciary panel to move forward with a bill that would allow the Justice Department to withhold lots of federal grant money from states that don’t share arrest and mental health records that should go into the national criminal background check system.

Since that system went online in 1998, authorities say, more than 1.6 million people have been stopped from buying guns. But a new report issued by supporters of the gun bill says federal agencies still aren’t doing enough to comply with existing law, and many states are falling down on the job, too.

“The truth is we don’t even know the full extent of the noncompliance with the [background check] law,” Schumer said. “That’s because many states have failed to even give an estimate to the federal authorities on how many relevant records exist.”

John Feinblatt, chief policy adviser to New York Mayor Michael Bloomberg, pointed out what he sees as another huge loophole in the current system. …

Read the Rest and 3+-Minute Audio

He spent decades amassing a vast weapons arsenal, although more than 30 of his firearms were purchased in the 12 months preceding the shooting.

Fifty-eight people, plus Paddock, were killed in the shooting.

Authorities also found about 4,000 rounds of unused ammunition in the hotel room, Lombardo said. He said that officials have yet to determine a motive. …

Black Friday seems to have set another retail record this year ― for guns.

The FBI told USA Today that the agency received more than 200,000 requests for background checks tied to firearm purchases on Friday ― a single-day record that’s about 17,000 higher than last year.

The 2015 record smashed the previous single-day mark set Dec. 21, 2012, exactly one week after the Sandy Hook elementary school massacre in Connecticut. Of the 10 highest days for firearms checks, four are from the week following Sandy Hook.

Our Facebook Page is Now Active. Check it out on Facebook at
‘The Commoner Call’ and give us a Like. When needed, we will post important updates and events between our normal Monday and Thursday publishing days.